On today’s Event Brew, we’re tackling the issue of mass shootings in the event industry. Far from being the lightest topic we could bring to the table,  but it’s a necessary one. And particularly for those living in the United States, it’s a conversation that feels too close to home. As event planners, it’s no secret that safety and security are things that we need to take into consideration. So much so, that we’ve posted several pieces of content on the matter before. Whether it’s cybersecurity, on-site physical threats, or planning for crisis communications, nothing can go over our heads. Which of course, carries an immense amount of pressure.

We believe strongly just because some topics are more sensitive, doesn’t mean we should avoid them. Silence is oftentimes more of a peril than a benefit, and it invites inaction. So this time around on the industry’s most unfiltered show, we’re talking mass shootings in the events industry. Our hosts Will Curran, Nick Borelli, Thuy Diep, and Dustin Westling sit down to share their thoughts on the matter. If you’re curious to learn what these four event profs have to say, then press play, and let’s get brewing! 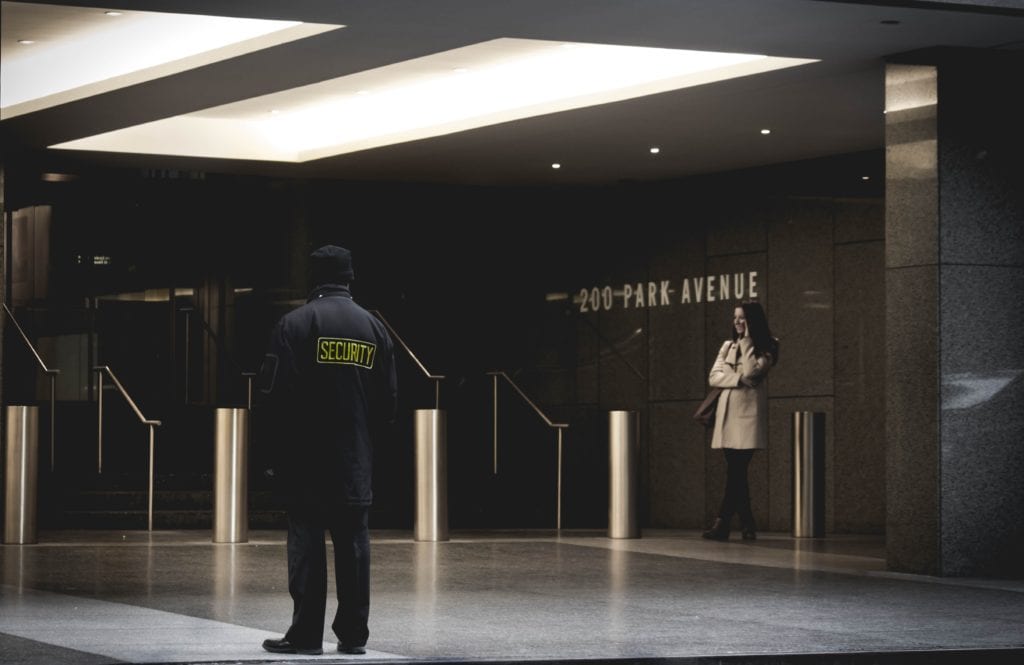 Mass Shootings In The Events Industry

Nick immediately begins speaking on the issue of cynicism. “If you live in the States, this is something that comes up at just an alarming rate and frequency. To the degree that complacency and normalization have kind of set in”, he says. “Cynicism is the saddest thing. It strips you of all agency. And especially normalization when you consider that these things that should be crazy bizarre. If you look at the percentage that the US deals with to other countries, there’s a given month that will outstrip a year’s worth for other first world countries easily any given month. That’s just absurd. The increase of this stuff is topical and it’s also, frankly, something that gets a ton coverage”.

“This is an event industry issue. These are happening at what has been termed, soft targets, live events. They’re not installations that have permanent security that is always in place. So there are always holes”, continues Nick. Will agrees on the security side of things, adding that “how many events I’ve gone to that I’ve been able to sneak in without any credentials at all is crazy. I’m talking big music festivals where if you wear a black polo and some jeans, and you act like you know what you’re doing, people will just let you in. It’s terrifying for sure. I think there’s a lot of stuff that needs to happen on the industry side of things”.

The Political Side Of Things

Mass Shootings In The Events Industry: The Fear

As an industry, being mindful of fear is a key element. As Will explains, “I think our industry needs to be aware that whether you think that your event is a target or not, this on the top of attendees’ minds. If it continues to happen, it’s only going to create more fear. And this is going to severely impact our ability to have a hundred thousand person conventions and festivals and things like that. It’s going to drive attendance, potentially, down at these events in general”.

“For people not to want to gather is a scary thing. That’s a fundamental societal piece, is gathering”, adds Nick. “Real things that you have when you’re designing and planning events is that you hold the lives of the people attending your events in your hands while they’re at your events. You should take into consideration, their physical, emotional, and any other type of safety. And make that paramount. That’s black and white. You have to that before you can achieve your other goals. I think that that is what we all do and impact that on the micro-level, on the event to event level. But what we need to do if things keep occurring, is we need to think about what we can do to make a change on a macro level”.

The Role Of Event Professionals

Remembring that our number one priority should be the safety of our attendees should always be top of mind. “I often feel like what happens is, both with clients and planners, everybody’s just doing the bare minimum to get through whatever the legislation is”, says Dustin. “I don’t know that we’re spending as much time as we should, really thinking about situations that could occur. And really thinking about how we can build environments that are safe for our attendees”.

“We need deeper thinking. We need more brainpower when we go into, if anything, the safety because this is a topic. This is our responsibility just as well as creating those memorable experiences”, adds Thuy. “Keeping people safe should be number one out of all of that. I know that’s not sexy. Any time there’s a safety discussion, people kind of have a negative reaction towards it. But it’s so important because it’s one of those things that we take for granted”.

“Let’s just think about the insurance implications, that if this continues to happen, every event is going to have to that huge cost of insuring for when this happens”, says Will. “Let’s be honest. Insurance companies don’t look at hyper-specific things. They’re very, very unforgiving. I think that’s one thing, on the business aspect, is the rising cost of insurance now”.

“But still, if it’s the Wild West and there are all these opportunities for people to have whatever type of armament or whatever fundamental issues actually causing all of this, then yeah, there’s going to be some hard costs associated with the type of training that you’ll have to have with team members in order to reduce those risks for things like insurance”, adds Nick.

Will actually remembers a year in Comic-Con when a man carrying a gun was caught before anything could happen. The results? “Their security costs went up astronomically. You don’t even look at the business aspect of it. Obviously, that’s a huge cost. They almost had to flip their budget to go towards security. But the part that no one really thought about was the attendee aspect and how it affected their business because what ended up happening is the lines to get into the event were huge. They had to go through metal detectors, huge bag searches. You’re talking like a hundred thousand people coming in every single day when they’re used just walking in, all wearing costumes, some with fake weapons. So fewer people came the next year. They were pissed. They didn’t want to come. It took that event to reinvent itself and really think about it, really regains the trust of its attendees”.

The Impact Of Open Carry Laws

As a Canadian, Dustin once again offers his side of things: “In Canada, there’s licensing and registration of firearms. All firearms have to be registered. “As far as I know, there’s no open carrying in Canada at all”. As an American, it’s harder Nick chimes in “There’s no way I don’t get freaked out if I’m at an event and I see a guy with an AK slung around his shoulder, ordering Starbucks at the conference hall. That’s legal in a lot of places. It doesn’t happen because it’s absurd. But we’re living in a world where absurd political gestures are made frequently. We’re also living in, I guess, a time of heightened fear based on awareness, a hyper-awareness maybe, of violent acts”.

“I think ultimately, the X factor and the emotional safety of people being around and literally triggered by the sight of guns as a tool of violence will have an impact on live events in places where it’s legal that really, I would assume, by design … As we design experiences, it’s not one of the emotions that we try to program for”, he concludes.

“I think that when it comes to just the lane, specifically, of live events, we should be able to have potentially maybe something that we can do to create some barriers”, says Nick. “Because we in the gathering’s business and putting people together is really where the shootings become mass shootings. And especially when targets are weaker because the infrastructure is not permanent. That’s the stuff that I really hope would be as neutral as we could possibly be, politically, and just say from an events perspective, “We are really interested in finding ways that don’t fringe on people’s rights that they hold dear”.

Mass Shootings In The Events Industry: The Path To Safety

Two potential policies to be supported by event professionals come up. “The institute universal background checks would close the gun show loophole, which exempts private sales from standard background checks. And reinstate the federal assault weapons ban, which covers high capacity magazines that expired in 2004. Weapons of war should be reserved for the military, police, and other properly trained security forces”, explains Will.

“Especially the second one, I would say I highly agree and on that side”, says Thuy. “I don’t feel like everyday Americans should carry weapons that were made to kill people. That right then and there, I understand protecting your household and hunting and things like that. But we don’t need AK-47s. I don’t want one of those in my home to begin with, and so that one, I’m highly in agreement with”. Nick one hundred percent supports both, stating that “I don’t know how the idea of having a bunch of weapons to keep your government scared is a real thing when the government has drones and all these other crazy things. Then it just comes down to the fact that about ownership because you can and freedom as a general idea. I don’t know. I think that these two laws are super easy. They’re a low barrier. They’re in the right direction. It still blows my mind that the driver’s license is harder to get”.

Can Event Planners Make A Difference?

“Bottom line is that the safety of attendees is our hands”, adds Nick. “It’s a responsibility. It’s an obligation. We don’t just get to do the pretty, fun stuff. Obviously, we know that there’s a lot of hard work associated with what we do. All of that effort to meet the goals of all the stakeholders and also the power of bringing people together should not be undermined by things like fear. We need to figure out a way not, I guess, galvanize around some barest versions of safety regulations no matter how political it feels, and make a decision to act in the way that our conscience guides us”.

And that is all for this week’s edition of Event Brew. Today we tackled the topic of mass shootings in the event industry, but you heard our hosts – don’t let the conversation stop here. Check out all of the amazing resources listed below and gather as much information as possible. We do have a role to play in this! We’ll see you next week for some more quality brewing.