Attendee Gifts: When Chachkies & Free Swag Become Too Much

Everybody gather around for some brewing about attendee gifts! So, let’s be real. If you were to count the number of chachkies you’ve received over the years as an attendee, how many would that be? And if you confronted that number with the number of gifts you’ve actually kept, how big of a difference would it be? Well, we’re guessing quite a bit. Because truth is, it gets to a saturation point for attendees when they’re drowning in pens, notebooks, and other chachkies.

But surely there must be an upside to this? Attendee gifts aren’t all that bad, and have benefits of their own, right? Well, this is exactly what we’re about to discuss. On this week’s Event Brew, our amazing hosts sit down and talk about the crazy world of chachkies and free swag. Will Curran, Nick Borelli, and Thuy Diep are about to share all of their thoughts on the matter. So, are you ready for this? Then grab your favorite drink, and let’s get brewing! 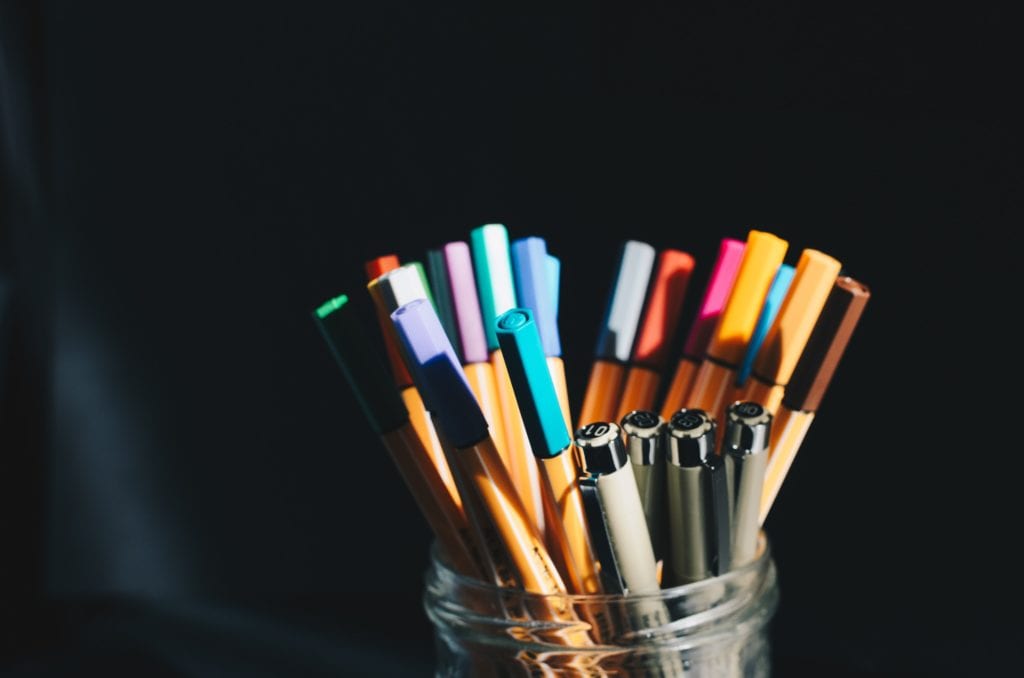 Attendee Gifts: Should You Take Them Home?

Nick is quick to present both sides of the discussion when it comes to attendee gifts. “On one side I believe in kind of a legacy artifact of an experience. I think that it’s a valuable thing that you can incorporate in the design. On the other hand, I think it can be a wasteful opportunity to miss the mark if not done strategically and holistically. And having an understanding of, who you’re giving it to”, he says.

A Good Rule of Thumb

Thuy has found a good way to navigate the whole chachkie ordeal. “I don’t bring them home unless I love it. Unless I’m like, this is such a creative idea, this is something that is functional that I need. A lot of times when people do gift me things – because a lot of it is just things – I actually just keep them in the office. Or I’ll put them in our common area, our conference room”, she says.

Thuy continues, bringing up a good point. “I just don’t understand why do you have to brand something like for it to be a gift, right? There are gifts that we give to clients that are like essential oils, little mini essential oils that aren’t branded with our names on or anything like that. And that’s always been a big hit”. So, why are logos on pretty much all attendee gifts?

On this subject, Nick brings up John Ruhlin and his book, Giftology. “It speaks to the idea of not putting the logo of yourself on something that you’re giving as a gift. In fact, it should have the name of the person or the organization on that because it’s a gift. It’s for them, it’s celebrating them, it’s not celebrating you. It’s not a selfish thing”, he explains.

What Kind of Message Are These Attendee Gifts Sending?

“So, a lot of times, these chachkies and free swag, I don’t ever feel gifted. I feel forced upon”, says Will. Nick adds that “we’re in a thoughtless exchange right now and we’re going through the motions of two people being in the same room with each other. So here, have a pen. That’s what makes me mad about it is the lack of strategy”.

“But let’s say you get a bunch of free stuff”, says Will. “You’re probably not going to say no, screw you. It’s like, what is the appropriate response to getting this stuff? Because what happens if you’re just giving it to someone else? Is it just making the problem worse or is it better? Do they find value in it?”.

“If someone puts my name on it or even better, like even my company logo versus their logo, that would make me more incentivized to actually keep it versus theirs”, adds Thuy.

The Gift of Re-Gifting

When it comes to re-gifting these chachkies, Nick says that “the majority of my stuff has association acronyms on it. So that’d be a weird thing to give to people”. Will, on the other hand, believes that “you just got to find someone who’s in that association. But they probably already have the gift though. I mean, I do it sometimes”.

For Nick, personalization is the way forward when it comes to attendee gifts, and not something generic you can re-gift. But Will poses the question of how can we do that at scale? Nick believes that you either don’t do it or do it. But if you do, “go all in and protect yourself. There is a level of risk. If you do things and you say this is expensive and it might not work but there’s no real risk cause it’s cheap, then why do it?”. 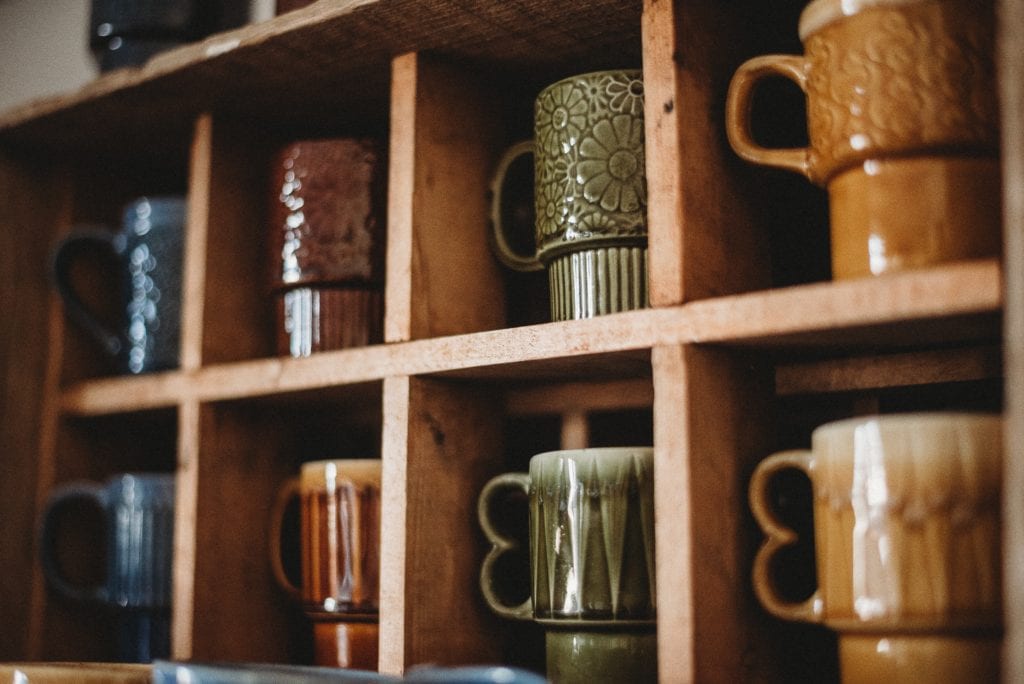 Thuy recalls a time when she was at a gala. “The beer out of Santa Monica ended up inviting a bunch of ladies to dry bar. Which is blow dries and to get our hair done and invited their clients. And they had champagne, they had these fruit platters and things like that, little snacks to munch on. And you were in a seat and you couldn’t go anywhere and that’s when they had the opportunity to come and talk to you and get to know you. That to me is brilliant. Because it was an experience and it was functional and it was acts of service”.

Nick Is All About Personalization

“I think an opportunity, the exclusivity, and the personalization aspect. If you could have the ability to weave those into the experience in some way as far as giving it as a gift I think that’s a pretty powerful combination”, adds Nick. “I like the personalization aspect of it. My trick when prospecting or meeting people or giving gifts is to just have a conversation organically, listen to things they’re into. And then get to use the business card once I get it as a way to send them an Amazon book about something that we talked about”.

“Again, for me, it’s are you paying attention to me? Are you listening to me? And are you in a problem solver? Because that’s what I do as a consultant. I try to help people solve problems. So if I can express what I’m about that helps them but also proves that it’s about them not about me that I find it to be a successful exchange”.

Will Is Into Photos

“We always put the entire AV team along with the client. We get on stage, take a picture and just do it on your phone. And we all have really nice cameras in our pockets and then what we do is we just use a thank you card service to literally print it out and then it has a written message on it. A lot of times I’m sending it, like two weeks after, but people always comment on it. And then, it’s a photo with them and their team that hopefully the AV team that they thought made everything successful. Then my hope is they keep it on their desks forever”, he says.

The Art of Saying No

How do you politely decline attendee gifts that you simply don’t want, whether it be metal straws or coasters? Thuy believes that “especially if it’s a conference, I’ll say, I don’t have enough space in my luggage for that. But thank you so much. I’m really particular about accepting things. A lot of times people do drop things off though and I’ll take them and I’ll just bring them back to the office for anyone else that might want to use it. But yeah, I honestly, I just think rule number one is just put some thought into it”.

“I’ll add an additional tip as well”, says Will. “Because I probably wouldn’t say no, I don’t have room for that. I mean, most of the time I think I say no because I don’t think I’d come back with law stuff. But if I come back with … If I did have to take it or as a room drop, I immediately try to think who in my life would really benefit from this. Because I do think that”.

It’s Not All Horrible

Nick brings up a good point. “As much as we’re probably up there as far as some of the more jaded people that are complaining about the things that we get for free. I think that the majority of people who attend stuff probably don’t have as many opportunities for this kind of stuff. The novelty probably is not as worn off as it is for us.

And that is a wrap on this week’s edition of Event Brew! So, where do you stand when it comes to attendee gifts? Are your drawers full of mugs, pens, and coasters? And are you somewhat guilty of also distributing these items? Let us know in the comments below and don’t forget to tune in next week for some more amazing brewing!

Our Favorite Gifts for Event Professionals

We Picked Out Our Favorite Gifts For Event Profs So You Don’t Have To!