By Dustin WestlingApril 14, 2022No Comments

The Academy Awards have been the talk of the town recently. While the strictly in-person Oscars 2021 felt too exclusive, the Oscars 2022 served us some truly out-of-place drama. And where there is controversy brewing, the Brew Crew comes to discuss. But it’s not just the slap that they’ll touch upon. They’ll also go over stage design, the production team, and give credit where credit is due.

As for the slap, they offer their thoughts as event profs with deep knowledge of how event production works. While the social media rushed to discuss who was at fault, the Brew Crew primarily wonders how could somebody simply run up the stage or make an unscripted joke. Tune in – you’ll get a glimpse into the minds of event profs and by proxy, into the backstage at the Oscars. Enjoy!

First, the Brew Crew talks about the overall look of the Oscars 2022. They all agree that the event producers did an amazing job at setting up the stage. “I watch SuperBowl and the Oscars for the production and stage,” says Thuy. “And I thought that this year’s event had a beautiful backdrop. I’ve been to this venue and it’s incredible what they can do from live TV to being there in person.”

“As cameras and broadcasts get more high quality, sometimes the quality of the sets doesn’t keep up,” adds Dustin. “They can look a little bit fake, but there was something super vibrant about that. It was definitely eye-catching and really crisp.” But then again, it could’ve been that our standards have dropped due to virtual fatigue.

Giving Credit Where Credit Is Due

“You can put more detail into stage designs because more people have 4k TVs now,” says Will. And here’s an Oscars 2022 fun fact: David Korins used 90,000 Swarovski crystals in that glorious stage design. “You could totally reuse this exact stage design for your corporate events.”

When BizBash asked event producers to give Oscars 2022 a grade, they mostly ended up giving it a B. “My dear longtime friend, Carrie Miller, left a comment and said that the switching was a bit clunky, but that’s a usual Oscars thing,” says Dustin.

This is also the first year they had an all-Black production team that put the Oscars 2022 together. “The producer’s name is Will Packard, and he’s really talented,” he adds.

After recognizing the hard work event managers, designers, and producers have put into the Academy Awards, it’s time to talk about Will Smith’s slap that was heard around the world. “It begs an important question for event profs: are you prepared for something like that to happen? What do we do in that case? Imagine the executive vice president would go up on stage and slap an entertainer or the CEO,” says Dustin.

“The violence is obviously completely unacceptable, but I don’t know if there is a clear answer to this question. Should we have a SWAT team on standby that would drag them out through the back door? I don’t have an opinion on what the stage team should’ve done. It’s such an unexpected thing at such an unexpected place.”

“From my understanding, most presenters sometimes do a little bit of ad-lib, but it’s primarily scripted,” says Will. “Absolutely,” agrees Thuy. “Those scripts had to be approved by a lot of people on the production team.”

A lot of people thought it was staged because it looked like it was staged,” says Dustin. “The broadcast that you could see on social media was a bit too clean. Those cameras were in the right place at the right time. He’s yelling from the audience and you can hear him clear as day. I just think that’s a bit strange.”

Will reminds the listeners that everything we see on live TV is coming through with a 30-second delay. “If something bad happens, they have the ability to fix that, like cut to a commercial. The delay is good, but you need a video and an audio operator who are on their toes. But it’s a tough call. The operators are probably not versed in knowing exactly what’s supposed to happen. So when something like a slap happens, they can think: ‘this might be good TV’.”

So, how can event profs avoid such production disasters? “Having the show scripted helps a ton. You also need a cohesive team, a delay, and a great emergency plan. That’s the best you can do in such situations.” 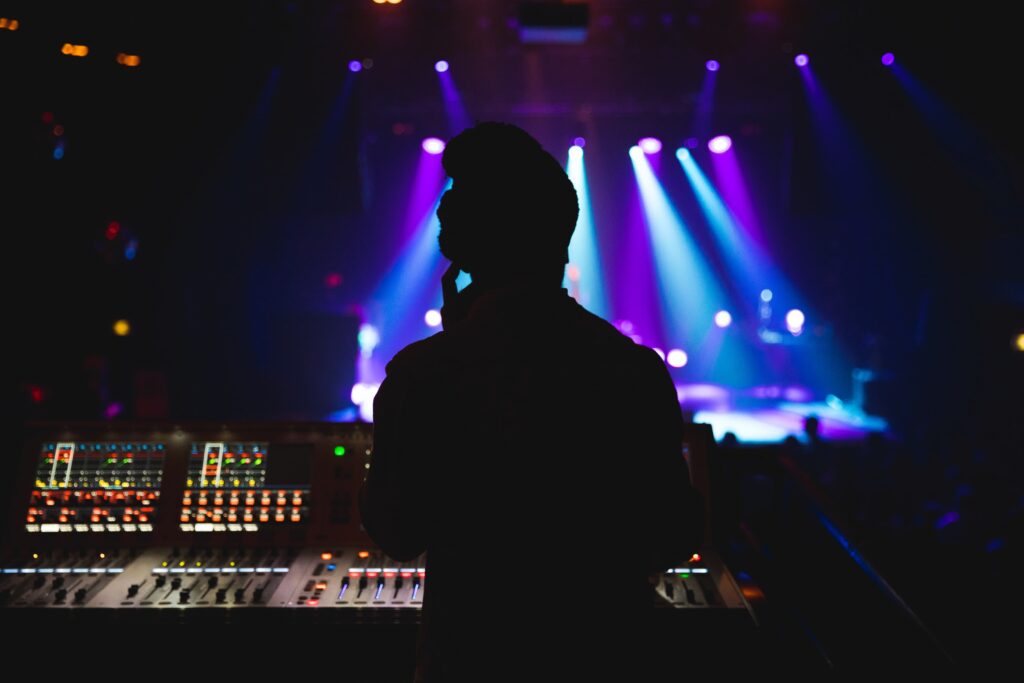 Always Be Prepared: Anything Can Happen

As an event designer, Thuy cannot understand how people can just walk on the stage. “The same thing happened with Kanye and Taylor Swift. No one has access up on that stage. Is this a time now to consider having security by the stage? Do we need to collect attendees’ consent that they will not be going up on stage uninvited? That used to be common sense. Now, I am wondering if I have to explain it.”

“Anything can happen anywhere with any audience,” says Dustin. “I don’t think that means we need security on the stage. But it’s a good conversation to have with your production team about making sure everybody understands who should be where and who should not be. They need to be able to spot things when they’re wrong.”

“We need to create an environment where it’s not okay to go on stage. It really is a safe place. So, make sure that you haven’t set up a casual environment where somebody feels like they can go up – whether they want to give them a pat on the back or a slap on the face,” he adds.

The Oscars 2022: The Slap Changes Nothing

Has the reputation of the Academy Awards been tarnished because of the slappening at Oscars 2022?

Dustin thinks Will Smith’s slap changes nothing. “The Oscars are where they are, and I don’t think they’ll do better or worse because of it. It is an elite event for elite people that don’t fit in today’s culture in so many ways. This is not going to hurt them nor is it going to help them. It’s going to be a joke. They have a steady decline in viewership, which is mostly due to the way we consume content.”

“My frustration comes from the fact that drama and gossip get people’s attention. And it’s unfortunate because there were so many great things that happened during the Oscars 2022, from a DEI lens,” says Thuy. “Troy Kotsur won Best Supporting Actor for CODA. Also, Ariana DeBose is the first openly queer woman to win an Oscar. Then, there’s the moment between Lady Gaga and Liza Minnelli.”

Dustin, Will, and Thuy all agree on this: we should not let anybody come to our stages and slap people around. Let this be a cautionary tale for event producers and other event profs – make sure to double-check that everybody knows what their role is at an event.

There are many things that can go wrong at events and there is simply no way to predict all of them. But thanks to Oscars 2022, we can add another one to the list. Let’s hope future events all remain slap-free. If you want to share your tales of unpredictable disasters with the Brew Crew, reach out to them. They’d love to hear all about it. 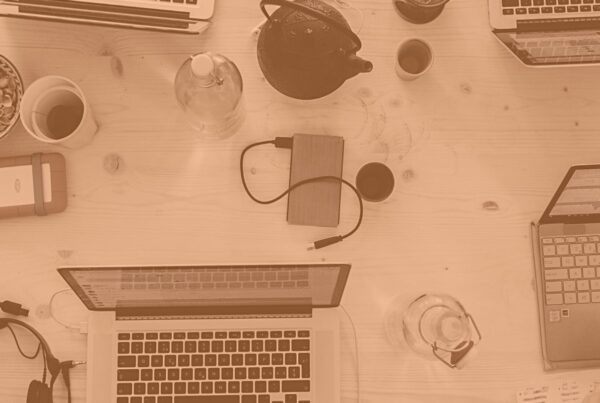 How to Execute Events on a Reduced Team 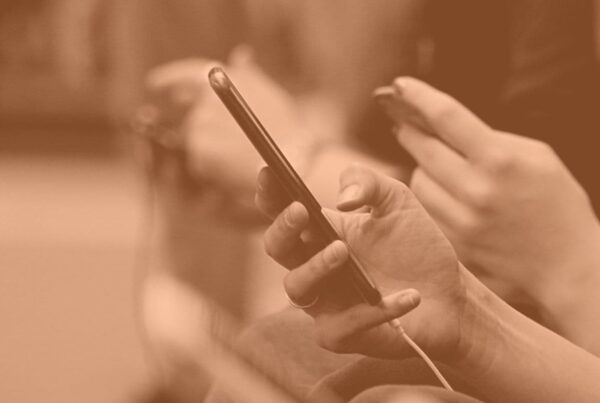 Can We Rely On Event Platforms For Audience Engagement? 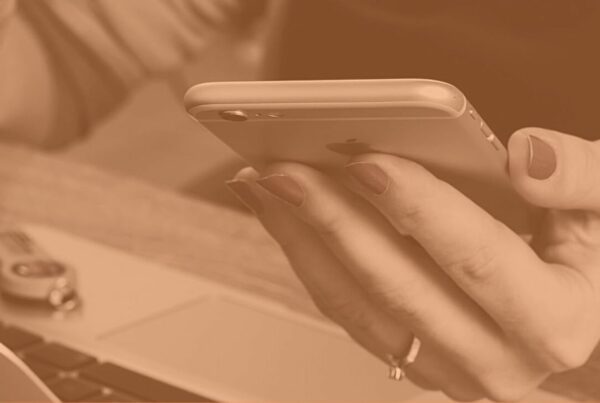 Which Personal Technologies Are Useful In The Events Industry?