Event Staffing: Event AV Is NOT A One Person Job!

It’s Monday, which means it’s time for another episode of the Event Tech Podcast! Will is really excited to talk about event staffing today. It’s a topic that he’s talked about in the past, from dissecting AV proposals at the AV Audit to giving useful AV audit tips to planners at Whiteboard Wednesdays. And similarly, Brandt and Will covered the topic of saving money on AV in the past as well.

But today, Will and Brandt want to talk about understaffing in particular. Far too often have they seen one person do a job of multiple people at events. Sometimes, they were that person themselves! Now that we’re planning in-person and hybrid events again, it’s the perfect time to revisit this popular topic. The way they see it, certain AV labor positions might become even more overworked in this new era of the events industry. So, press play and find out more!

Will thinks it’s time to revisit the topic of event staffing because he often sees one person doing a job of multiple people at events. “Labor is always the most expensive thing. To save money, they just put one person to run the audio, video, and sometimes even a little bit of lighting.”

Brandt, too, agrees that it’s a great time to talk about understaffing and labor. “There is a tremendous talent suck that happened over the course of these last 18 months in the events industry. There’s a shortage of people in all aspects of hospitality, and audio-visual is included in that as well. The AV industry, whether that’s your in-house hotel AAV or even third-party production companies, is struggling to be fully staffed up as we start to reincorporate in-person audiences into our event strategies.”

Brandt shares a personal story that ties the event staffing issue with scope creep, the most recent topic the tech duet has covered. “Just this last weekend, I volunteered for my wife’s state association to do the live stream for their event. And that was all I was going to do. But once we got on-site, there wasn’t any AV support. We had a phone number that we could call in case of an emergency, but you know how that goes. By the time you call, we’ve probably moved on. So if you’re trying to bring in a remote presenter or somebody is having mic problems, chances are by the time you get the person down there, whatever it was that needed to be fixed at that moment has passed. I wound up being the one guy: the live stream person, helping people get their microphones set up, running all the presentations.” 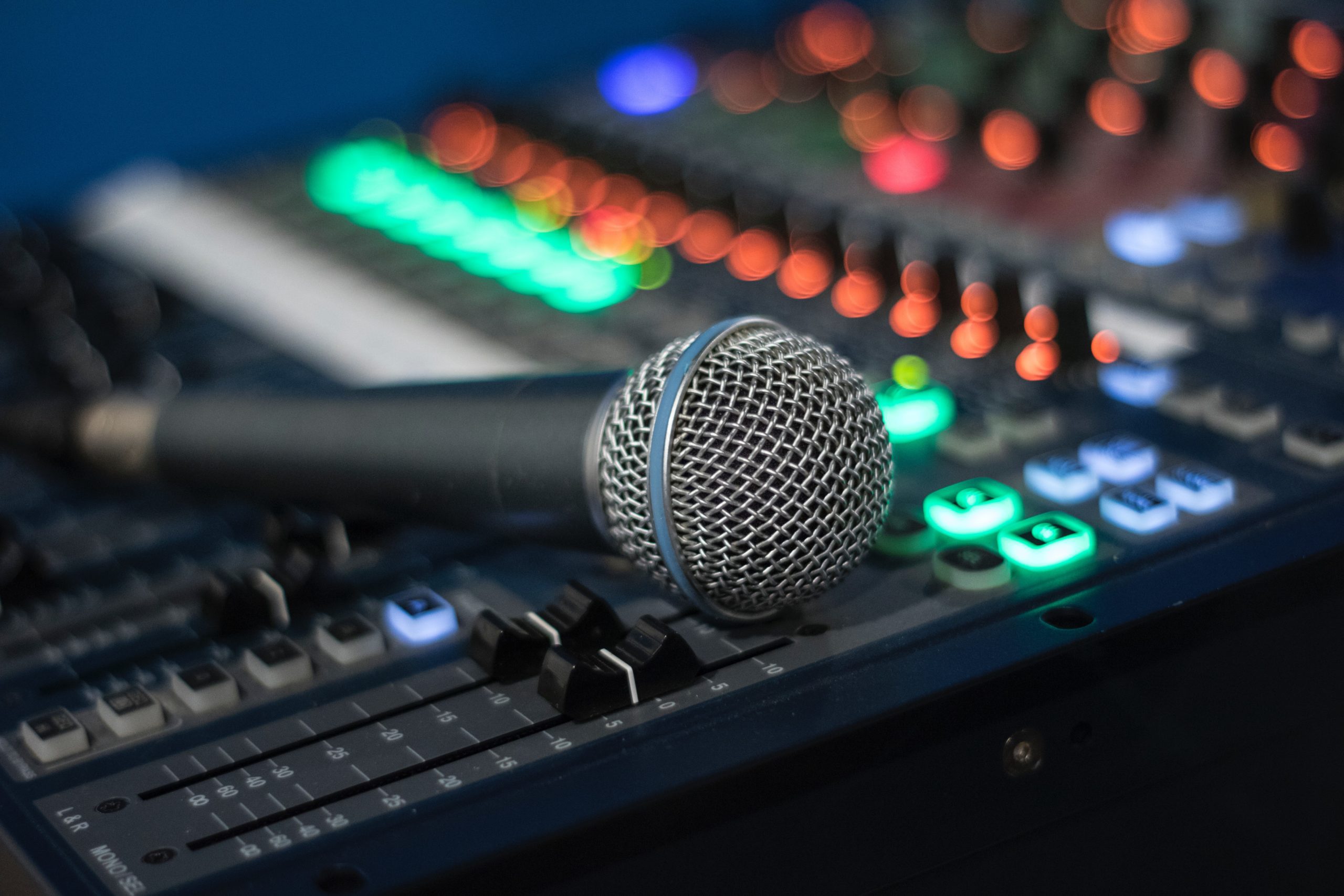 Will thinks that such event staffing challenges are going to get much worse, especially in this new era of hybrid events. “When producing hybrid events, we want to treat the in-person and virtual audiences differently. If you’re planning on livestreaming your event, there’s no way you want to have the exact same thing on the livestream as you’re going to have in the room. There’s no way that the sound in the room is going to sound the same on the livestream. We’re trying to do too much with too little staff. And I get it right. It’s budget. That’s the number one reason why people make these event staffing decisions. If you talk a load-in and a load-out, you’re probably talking at least $1000 per person.”

Will mentions some specific AV labor positions that often get combined. “For example, using the video person who’s loading the presentations to also watch the live stream. One role that I commonly see getting mixed up is the audio person controlling audio in the room, but also the person who is micing everybody up.”

“It’s because we’ve spent the last 18 months on a Zoom call,” says Brandt. “I experienced this in my last three shows. People assume that’s easy to do anywhere. This is how I describe it: it’s easy to do a Zoom call from your office. As soon as professional-level AV equipment gets involved, it becomes more complicated to beam in a presenter from another location. It’s not more difficult, but it is more complicated.”

Will says that he often sees audio technicians (known also as A2) and audio engineers (A1) doing the same job. “Your A1 is the one who is using your audio board. They’re the ones mixing the room, playing back the walk-on and walk-off music, muting and unmuting the microphones from a board.”

A2, on the other hand, is responsible for wireless communication systems and headsets. “If there’s a little bit of feedback, audio technicians can get closer to the speaker. They also help people get mic’d up. They can sometimes also act as a little bit of a runner. That’s a common role that gets forgotten. Especially now with livestreams, sometimes this audio engineer who’s gonna be in the room is also going to be listening to the livestream audio as well. It takes a really talented person to do that.”

“The A2, as far as I’m concerned, is one of the most undervalued, underrated positions of the production team,” agrees Brandt. 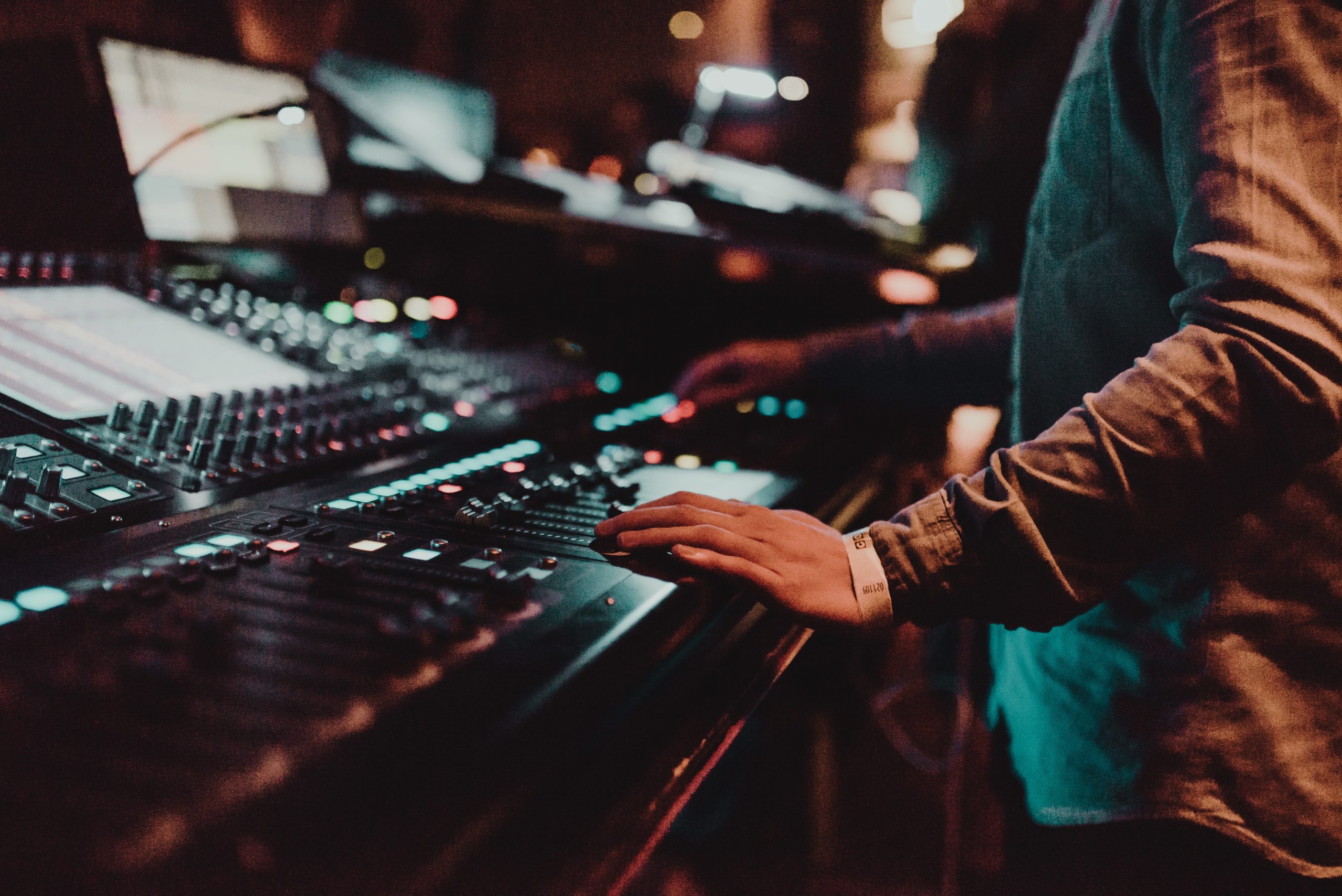 “This new complexity of adding more livestreams and presenters is going to mess with our event staffing,” says Brandt. “It’s all about taking a hard look at your show and knowing what that person’s going to be responsible for. And then asking: ‘Is that too much? Do we need to get another person?’,” he says. And remember, “the fewer people you have on-site, the less you can throw at them at the last minute”, he adds.

“Alex Lindsay, one of the OG livestreamers, talks about his event staffing. When he plans out his staff, he plans for them at 75% capacity. So whatever that position is capable of doing, he plans it out for 75%. If you’re going to hire them, that’s the way that they do it.”

“Now that we’re going back to in-person events and hybrid events, we’re going to start seeing a lot more support event staffing onsite,” continues Will. “Before the pandemic, you just had registration. People understand how to staff registration sufficiently. As we start to incorporate more event apps and connect virtual attendees with the in-person audience, we’ll need support onsite for the event technologies themselves. Event support used to be just one help desk with one person at it.”

“Pre-2020, we were starting to go down the road of more in the room experiences with event technology, including polling and second-screen experiences,” says Brandt. “It was always my opinion that you needed a representative from your tech provider there onsite to be able to field those questions. That can be the person at the registration area with a separate sign that says ‘Need help with the app? Come here’. And the same thing applies to our online platforms.”

“This is a simple way to make attendees feel more comfortable and get the questions answered,” adds Will. “Let’s look at event support as an extension of your event staffing. It’s so funny how we want them to be wearing the app shirts, so then that way, when things go wrong, it doesn’t look like the event planners’ fault. But in reality, the attendee doesn’t know what event app or the production company you’re using. They just see it as all part of the same experience. The more that we can try to think in that same way when it comes to the event staffing, that’s how we’re going to get attendees to feel amazing.” 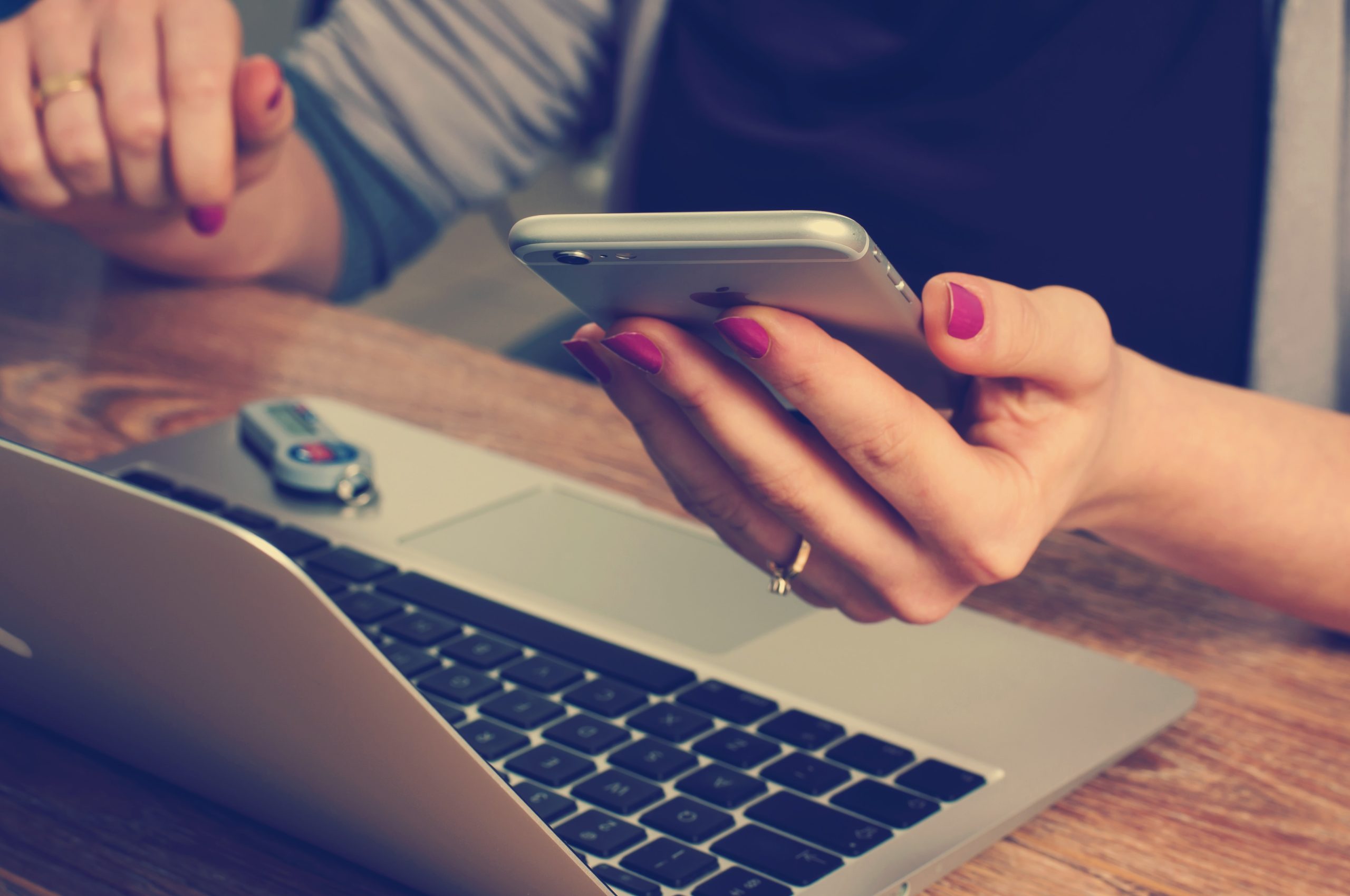 “Despite everything that we’ve said today about event staffing, we also have to remember that this is a golden time for technology,” concludes Brandt. “In terms of how much one person is capable of doing, we’ve come so far in such a short amount of time over these 18 months. It absolutely blows my mind that the ATEM Mini is $299, for example. And then, the ATEM Mini Extreme switcher, which is the fancy version, is $1000. These things used to cost tens of thousands of dollars to be able to do that.”

“Also, the graphics capabilities that we’re able to do with a Mac book pro and an ATEM switcher is ludicrous. Especially when compared to what we were colluding together 10 years ago in order to be able to do a panoramic screen,” he continues. “What one person is capable of doing is pretty amazing. But that being said, to bring it back full circle; just because it can be done with one person, it doesn’t mean it should be done with one person.”

Brandt’s final piece of advice for event staffing? “Always rather be bored on a show because we were perfectly staffed than flying around because everybody’s doing too much too fast.”

And that’s a wrap on another amazing episode of Event Tech Podcast. Have a great week! 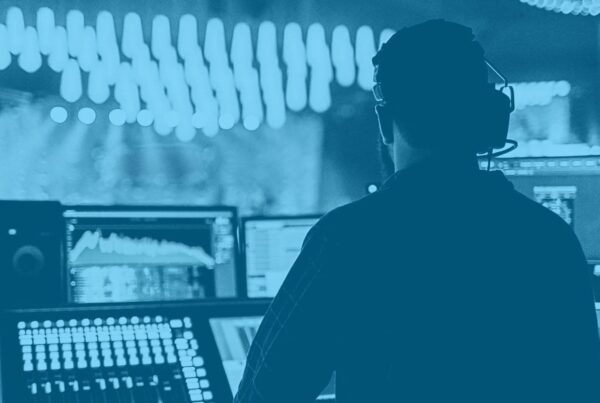