Facebook As A Metaverse Company: Implications For The Events Industry

It’s Monday and there’s no better way to kick off a week than with a brand new episode of Event Tech Podcast. These days, Will and Brandt are bringing in exciting guests to talk about the hottest trends in event technology. Last week, they talked about better brand management with Astute Review. This week, however, they are bringing in someone some of you might know as the host of Event Brew: Nick Borelli. Yep, that’s right: we finally got ourselves a crossover episode!

And what’s on the menu? Nick, Will, and Brandt discuss Facebook’s announcement that they’re planning on becoming a metaverse company and Facebook Horizon, a virtual reality that is currently in the beta phase. And since this is the Event Tech Podcast, they elaborate on the implications this futuristic technology might have for event planners.

Nick kicks us off by bringing us up to date with Facebook’s metaverse plans. “When you’re looking at technology, you’re looking for a few things to happen for things to be ready for prime time. You look for demand, hardware, and software. So Facebook, they’re software and they’re trying to create demand. They made this bold statement. Over the next five years, they’re going to really align themselves as not a social media company, but a metaverse company.”

“Buzzwords such as metaverse give you free press very easily, especially words steeped in sci-fi terminology,” he adds. “But this product offering actually has a practical use case. What caught my eye is several people I respect in the event industry immediately jumping on it and saying that it’s clunky and terrible. What event profs are good at is poking holes in things and saying ‘this isn’t perfect yet’. Of course not: technology works in a world of not perfect and event profs work in a world of perfect. So you’re not going to be on the same page for a while.”

Wait, What Is A Metaverse?

“Facebook Horizon is an avatar-based, collaborative workspace. There are lots of different opinions in the world of the metaverse, so we should first have a little discussion about what is the metaverse,” says Nick.

So, what is it? “It’s a virtual reality universe. It’s a metaphor for life; a VR interpretation of the world. It comes from Neal Stephenson’s 1992 sci-fi novel Snow Crash,” explains Brandt. “The original idea was that it is this mythical VR universe that you can plug into.”

“It’s been the source of many things, such as The Matrix where it’s this completely realistic reality. I feel like that’s where Facebook has taken it. This is an alternate version of reality. Zuckerberg has been talking about this since they bought Oculus. He clearly sees this as the next thing and sees himself as the guy from Ready Player One,” he adds.

If this is the first time you’re hearing about it, don’t stress. Nick explains where metaverse came from. “There are a few different things that had to have happened for this to get to the stage it’s at right now. Maybe I’m wrong here, but I see three major players have emerged with metaverse products. I’m putting Facebook in that group mostly because they’ve spent a ton of money, they have a user base that no one else can touch, and they have put their money where their mouth is. They don’t have a good experience yet unlike Epic Games which is the biggest player right now in earnings and definitely the best in the actual experience.”

“The creators of Fortnight have realized – not fully, though – the B2B application. And since this is a show about the events industry, Fortnight is an experience. So while it’s not one-to-one, you will be able to have a sense of belonging, identity, ownership, and an experience that you wanted to attend because it’s fun. Epic Games will be known as the pioneers in that space. I keep telling people that Travis Scott got 12 million people to watch a live concert as an avatar in Fortnight. The Oscars got 10 million.”

“If consumers drove VR and the massive adoption of hardware, it would have happened already,” he adds. “But there’s still so much potential in the enterprise space in something like a workspace to be able to do that for training and collaboration. Connectedness, collaboration, and engagement are the three areas that displaced a flexible work environment, caused holes in and that’s what this would fill.”

“At a strategic level with events, we want to know how do we keep audiences engaged,” says Will. “We always say that no one wants to sit in a ballroom for an hour and just listen to someone talk. But Brandt, when you saw that VR presentation, it sucked you in, and it was probably about things you didn’t even really care about. This is where we see the future of VR going: how can we make it so it is a seamless experience with the rest of life. Maybe that’s what the metaverse is really all about. Right now, if you want to attend a VR event, you might have to go from your computer and literally put the headset on.”

“But a lot of these companies are trying to solve that, like Spatial,” he adds. “They’re working really hard and making it so I can use the computer in VR so I never have to really pull my headset off. What is going to take for someone to fully immerse in it, where they can not just put the headset on to attend the event, but they’re attending their life and the event is just happening within that?”

Nick knows how to answer some of Will’s musings. “Oculus has sort of an AR component,” he says. “It has cameras built into it, so I can see things through it. With that, I can augment even the space I utilize. And I have a Horizons workplace. You can type on your keyboard, you can type in the air. You can use your fingers to do things and you don’t need your remotes.”

I saw many people that we know making fun of it on Twitter because of its graphics, which I always laugh at because Minecraft does pretty fine without having great graphics. As a beta attempt, it’s pretty fun and intuitive. Not only that, but I think that its integration potential in other things is there. It’s trying to replace the Zoom call. In a world with increased, flexible work and a distance between team members, it helps with connectedness, collaboration, and engagement. It has a use case that’s valuable right now and it solves an immediate problem, not a potential future problem. That’s pretty amazing for a beta technology.”

“I’m sure there’s a lot of people that hear the word metaverse and think that it sounds cheesy and dumb,” says Nick. “But event people have huge holes in the thing that we’re good at, which is bringing people together. It always comes down to familiarizing yourself with all of the options that are available to make the right call for your team and to bring people together.”

And this is what metaverse is: just another way to bring people together. “I’m not advocating for everyone jumping into the metaverse, but prepare yourself, understand what it is, and make it work,” adds Nick.

Event folks, unfortunately, are sometimes just worried that everything’s going to take their job,” says Brandt. “And I get it. I really do, especially after these last 18 months.”

“I think it keeps you in a job though,” says Nick. “There are a lot of people and event vendors who say that they hope virtual events will go away. But many of their friends were able to pay their mortgages and their rents just because virtual events were around last year. And if they were on 10 years before that, they would have sat on your hands. To say that a whole option isn’t valid because it’s threatening you … The only thing that really threatens the way that you work is your inability to change.” 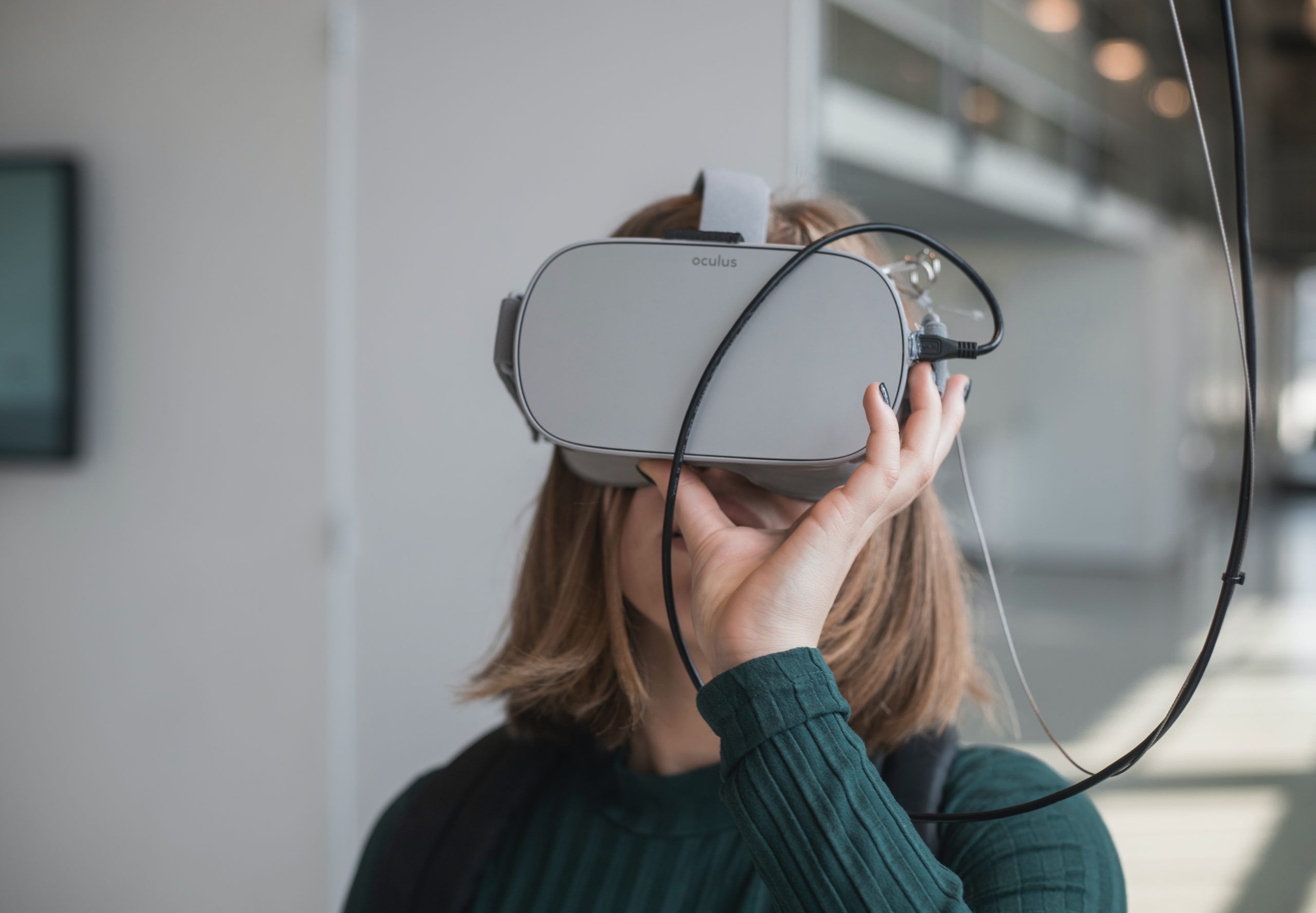 First Adoption, Then The World

Nick has a question for our tech-loving hosts. “Do you see yourself in environments where you would have a collaborative conversation around designing an experience?”

“Once we get to the point where everyone has the hardware, it’ll be a lot easier to adopt,” says Will. “And then the next thing will be whether there’s one metaverse or multiple. What I don’t want to see is this metaverse to become like iMessage where Facebook gets a huge market share and they say ‘You have to be on here. Do you want to join me? You have to have an Oculus’. That’s a dangerous thing. How can we then make sure that it’s accessible to all, and it all cross-talks to each other?”

Brandt adds his two cents. “There’s a lot of money that has to be spent on R&D and design. There’s also a lot of potential in land grabbing and setting the tone for things to be aligned with your overall vision of your business and your positioning for there to be some sort of a round table of tech giants. Even then, it would still be like how the internet came to be, especially in its vision more than its execution. But ultimately, its execution is better than any other media distribution methodology. This idea of it being open for all and there being no separate internets is pretty remarkable.”

Platforms (& Metaverses!) Are The New Venues

“As we were forced online 18 months ago, I started using this metaphor of the online platform being your venue,” says Brandt. “You don’t have to throw out everything you learned as far as how to plan events. It’s just a different venue with different rules and different amenities. Not every venue is for every event. You can do a fantastic event in the middle of a field, or you can do it in the ballroom of a Ritz Carlton. And those are very different events for very different stakeholders, with very different goals and objectives.”

“As we look at metaverse, this could be a really great place to meet for an event,” he continues. “It depends on the people, depends on what you’re trying to do and where they are in the world. As long as we keep our eyes on those things, that’s what keeps us from getting scared that the robots are taking over, you know, that this is just another option. It’s another possibility. It’s not for everybody, but for certain groups, it could be a lot of fun.”

“Nobody needs the metaverse,” concludes Nick. “No one needs to see a concert in Fortnite. But on the other hand, 12 million people wanted to do it. So there’s a lot of need, want back and forth and you have to test this stuff. And that means that when people have to start playing, you have to start getting curious, letting your guard down, and playing around a little bit in ways that don’t necessarily hurt anybody. That means you need to get more life and inspiration outside of the traditional places. Go out there and explore.” 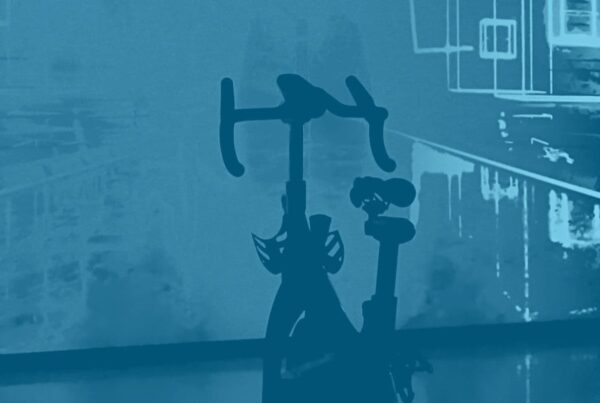 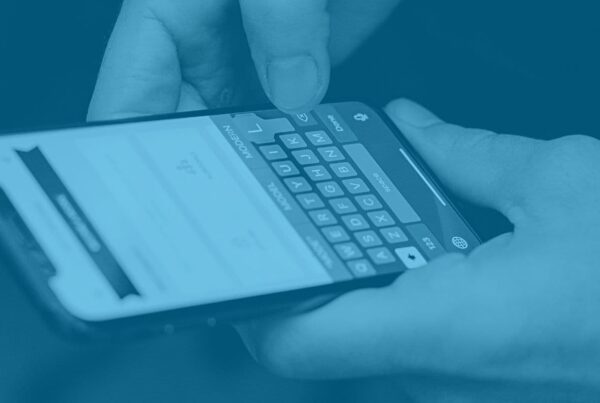 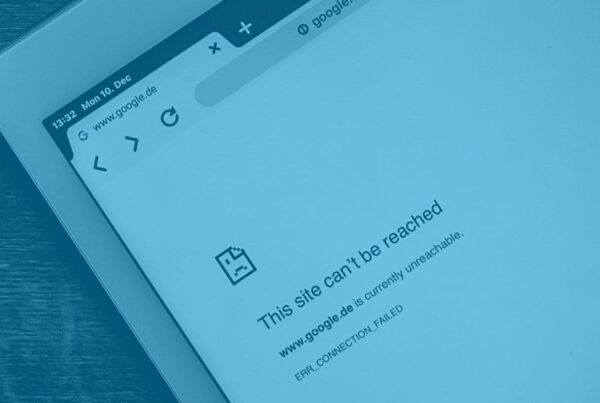