Before the pandemic hit us, we took genuine human interactions at events for granted. Attendees mingled, networked, formed everlasting bonds, and had a great time while doing all of that. As the industry pivoted to virtual events, virtual audience engagement became one of the most talked-about challenges. How do we replicate genuine interpersonal dynamics in the virtual world? Is it even possible? Today’s #EventIcons guest thinks that it definitely is.

The iconic Steve Gottlieb is a serial entrepreneur and angel investor. And most importantly for this podcast, he is the founder and CEO of Shindig, a virtual conference, event, and meeting platform that has mastered the art of online engagement. Just like many of our guests on the podcast, he is a huge advocate for the virtual revolution. Join Sarah and Steve in a lively conversation that is bound to inspire, challenge, and encourage you to keep up with the times and embrace all things virtual. From A Record Label To The Events Industry

Steve didn’t start his career in the events industry. First, he was the founder and president of TVT Records. “What made TVT special as a record label was that we took projects that were way out of the mainstream and made them mainstream,” he says. “We went on to break artists like Nine Inch Nails, Pitbull, and Ja Rule. TVT was all about building passionate fan groups and creating premium experiences and evangelical audiences that would then spread the word.”

“Before the pandemic, people didn’t know what a virtual event was. They thought it was just a large video conference or a webinar,” Steve adds. “Now, virtual events are projected to be an $800 billion sector within less than 10 years. So as this new category comes into existence, we need to define what that category is and clarify what it means to have a virtual event. Those are things that we’re in the process of doing.” 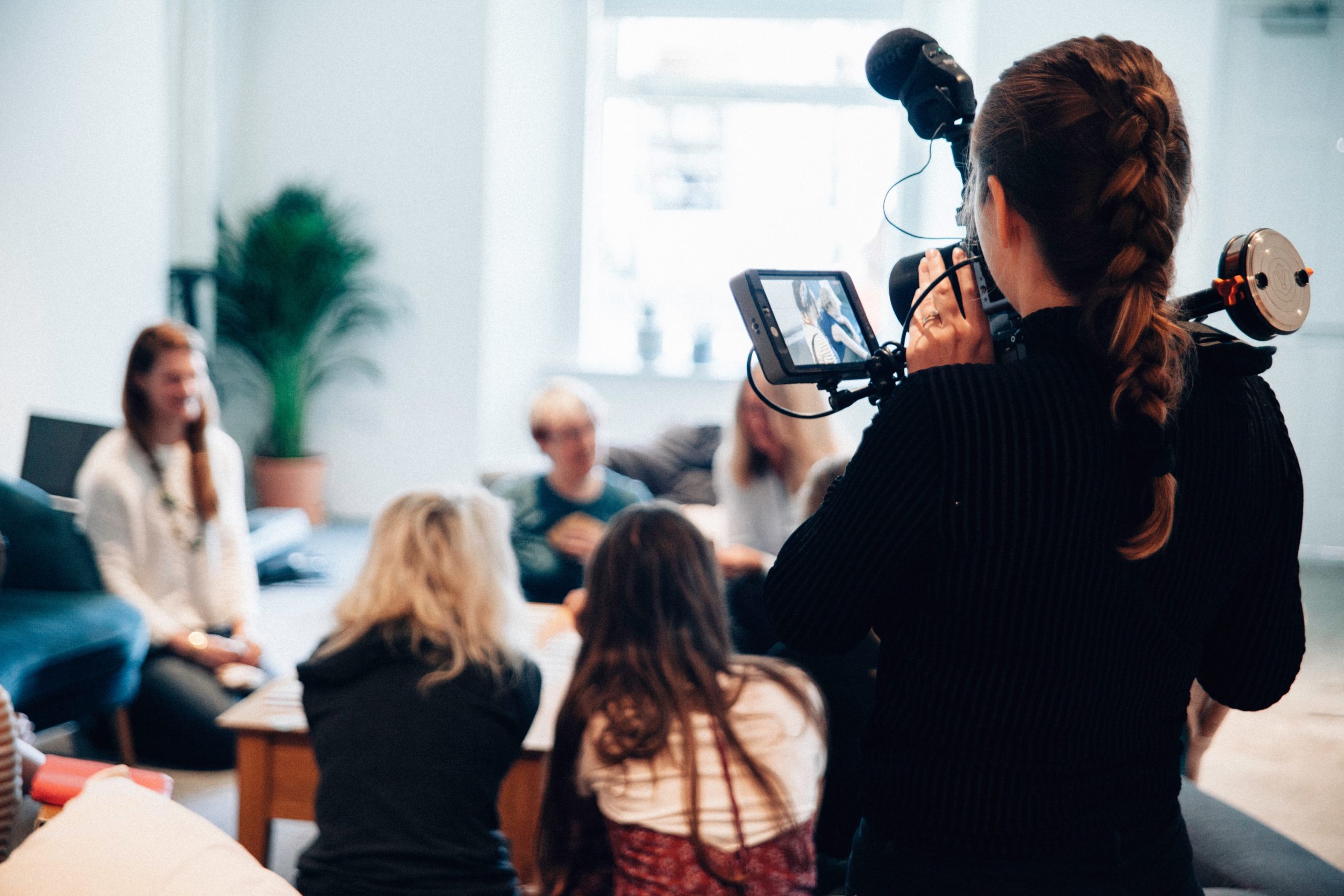 Speaking of building events that reflect genuine human interactions, Steve mentions that one of his pet peeves these days is the misnomer of what virtual networking is. He starts by explaining what networking isn’t.

“It is definitively not scheduled one-on-one appointments. One has the opportunity to schedule one-on-one appointments 365 days a year. The reason why we go to in-person events is to meet with the very people who won’t schedule appointments with us,” he says. “The real payoff is meeting the people you didn’t plan on, meeting people opportunistically, being introduced to people by others, having a chance to collaborate with them. Some people think that preplanned one-on-ones is what networking is. They’re doing people a disservice when they claim they have networking because you could set up an appointment.”

“Networking is about being introduced by a mutual friend to someone they think you’ll find interesting. It is about a host creating an ambiance where people lower their guard and are suddenly open to solicitation in a way they weren’t before. They’re open to a new introduction and a chance encounter that they wouldn’t be open to otherwise. Networking is spontaneous and serendipitous.”

“It is also not speed dating,” Steve adds. “Imagine that tomorrow you learned that you’re still going to have to talk to the person on Tinder no matter which way you swipe. Some of these virtual platforms offer speed dating. You’re going to have to be stuck talking to someone and deal with their resentment for having their time wasted. That’s not networking either.”

“Networking is a part of what we enjoy in events and what we take for granted in real life: freedom. Most of all, the freedom to exercise some degree of autonomy over where we direct our attention. Virtual platforms that take away your freedom are for the birds,” he says.

“Events are rich and dynamic,” explains Steve. “A salesperson or a business person has a relationship with their client going on all the time. What happens at events is that they get to introduce their clients to their regional managers, product guys, and their bosses. So-and-so’s tagging along to give the meeting more gravitas. And if we’re going to embrace virtual events, we shouldn’t do it with a compromise. We should lean into it. In this new world, there are going to be the Teslas and there are going to be the Toyotas. There are going to be companies who’ll say that the pandemic taught them what is possible online. We can achieve miracles online! We can connect people at a fraction of the cost and have ten times the payoff online.”

How To Build Human Interactions At Events

“A lot of event planners would be interested to know how to get there,” says Sarah. “I think everyone buys into the ‘why’. Obviously, you want to have more genuine, authentic, and exciting human interactions at events, but how can event planners do that?” she asks.

“They have to think about what makes their in-person work,” replies Steve. “Nobody who is throwing an in-person event would say: ‘Let’s save our speakers the travel, record their speech, and throw the recording on the stage because that way we’ll get more people who couldn’t come. No! Having the person there is important. Why? Is he going to give a better speech just because he’s there? No, it’s because it signifies he’s going to be accessible to us. You’re going to have the chance to talk to him privately and pass a business card. There’s going to be a Q&A session where you’re going to be able to be face-to-face and you’re going to take the mic in the audience. You’re going to get name-checked in front of that high-value person.”

“The notion of the speakers actually being at the physical event is all about the implication,” he explains. “Your attendees are going to have the opportunity to interact at the event with one another. Events depend on them being live, spontaneous, and relevant. Being live means that the speakers are going to answer questions that are relevant to the audience in the moment, respond spontaneously, and be candid in a way that they wouldn’t be in a pre-record.” 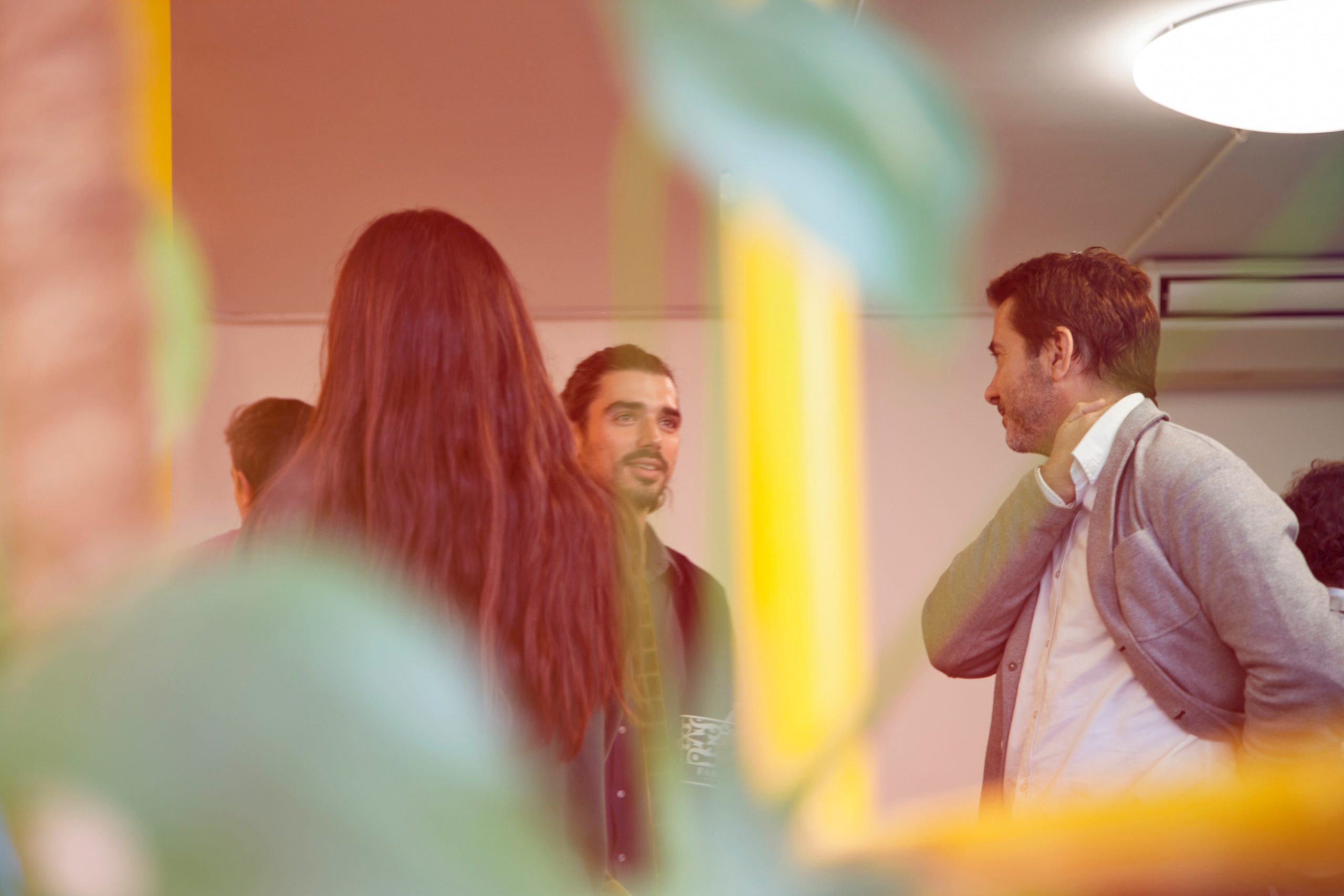 Steve is the founder and CEO of Shindig, a virtual platform that fosters genuine human interactions at virtual and hybrid events. “Shindig is fundamentally about a profoundly different level of interpersonal interactivity amongst participants and with the stage. Any one of thousands can be brought to the stage. There’s no second-class citizenship where people enter their questions in texts and are just good listeners,” he says.

“And likewise, anyone in the event can talk to anyone else in the event. It is just a click of a mouse or on their phone. There aren’t multi-step clunky breakout rooms and whatnot. You are free to talk to whom you want when you want. And when there’s a presentation, the presenter is free to open the stage up for questions or have a backstage to pre-screen prospective questioners as they see fit.”

Since founding the company, they’ve done all sorts of events: parties, fundraisers, reunions, and virtual graduations.

“The graduations enable the provost to have a moment on camera in front of the entire audience to acknowledge each graduate individually. Not a picture or a slide, but a moment of congratulations. The family was in the audience able to all be private chatting with one another, all the friends, faculty, and family. Small groups were chatting while watching the presentation on the stage.”

“What it really helps us see is a future because there will always be in-person graduations for the residential colleges and graduate schools. However, one way of freeing future students of debt is moving more of education online. But what the challenge will be then is classrooms. 10 or 20 students may work fine in a Zoom room or with asynchronous components. But at some point, students need to have a sense of campus-wide experiences and study halls where they can make connections,” Steve adds. 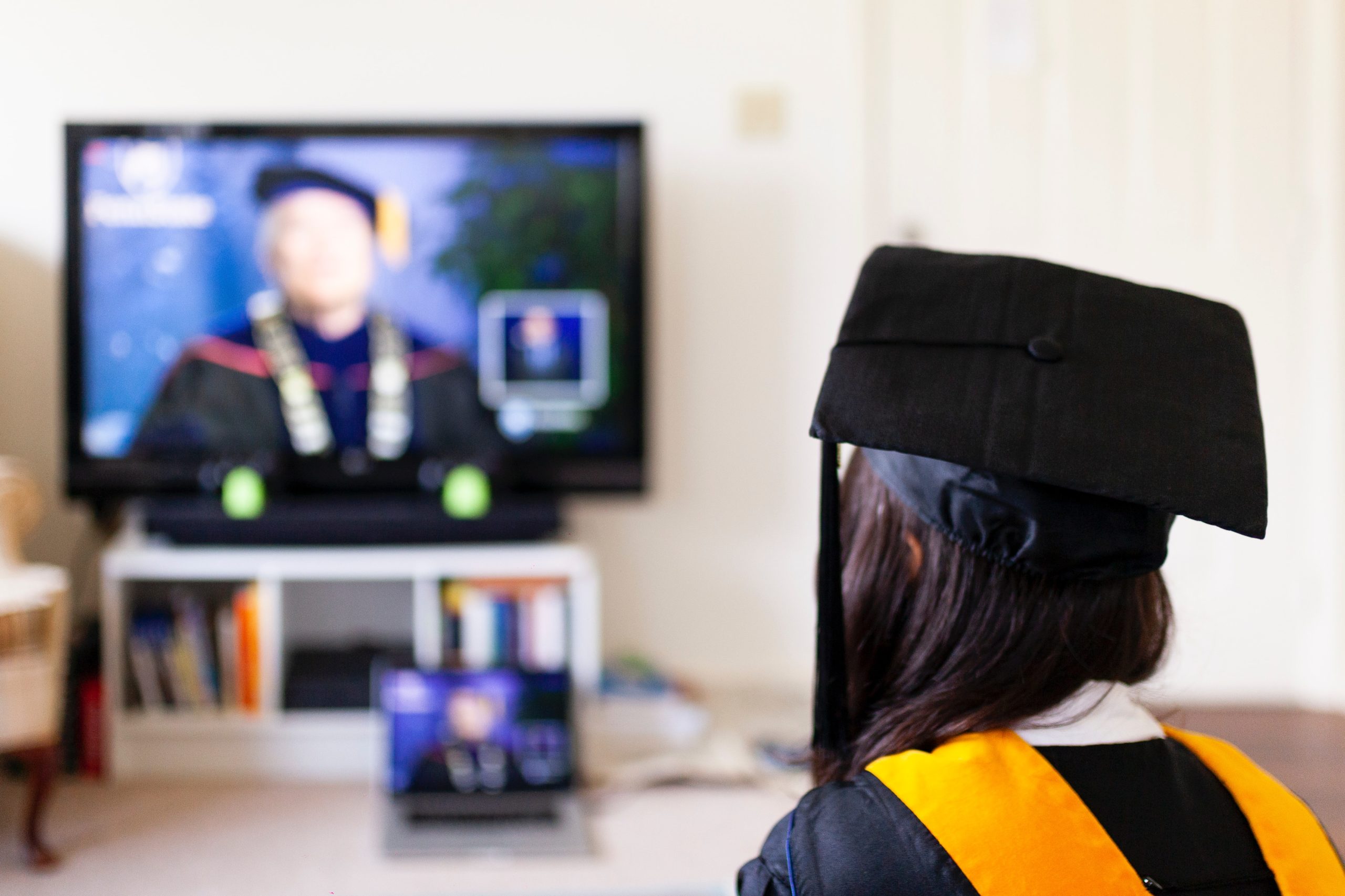 Virtual Is The Future

“Just a word of advice to event planners who still want to just go back to how things were – other industries are progressing more online, too,” Sarah says. “The workplace is starting to live online. It’s a matter of time for us to be ahead of that and help facilitate better engaging experiences. Because if we try to go back to the way things were, we will be left behind because that’s not the direction that the rest of the world is going in.”

“The model that should inform event planners is to think about what happened when the magazine and the newspaper got dethroned as the embodiments of texts,” adds Steve to Sarah’s point. “When we got rid of the physical as the embodiment of texts, all of a sudden you had everything from Twitter to Wikipedia. The value by which we judge texts is much less about who is the publisher than its relevance and timeliness. ”

“Relevance and timeliness are going to assert themselves as the key values in events,” he adds. “It’s not going to be about waiting until the annual event is scheduled six months from now. It’s going to be who could collect the right people at the right time. Let’s now scale events by being able to reach people anywhere in the world. And let’s be opportunistic about when and why people need to gather. This is a big opportunity for event planners. They’re not going anywhere as long as they recognize the challenge is on them to rethink what their client’s agenda is and how they can achieve that. Physical events were always limited. Now, the sky’s the limit.”

Human Interactions At Events: Be An Active Participant!

Before they say their goodbyes, Sarah asks Steve to share one final piece of advice to the #EventIcons podcast listeners.

“To be live, things have to be participatory and interactive. That is the essence of why we attend live events. That’s what makes them compelling: they’re a little bit unpredictable and there’s serendipity. It’s live because your presence actually makes a difference. You’re an active participant, not a viewer, not a watcher, and a lurker. And the more you embrace active participation, the more important your events will be. There’s a real risk for people who are just purveying recordings online that they will kill the potential golden goose that virtual events represent to them,” he concludes.

So, keeping up with the fast-changing trends in the events industry is of vital importance – now more than ever! Stay tuned for our next episode of #EventIcons: we keep you up to date with what event profs have to say! 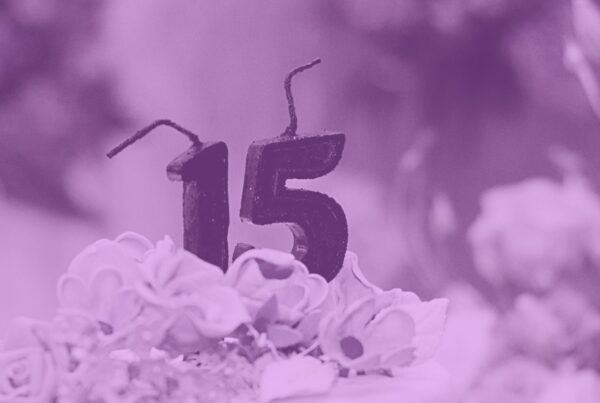 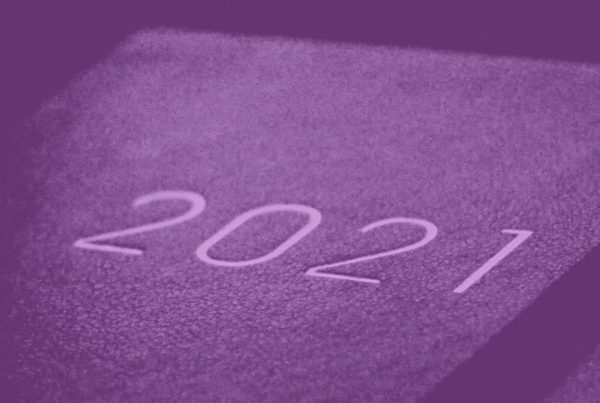 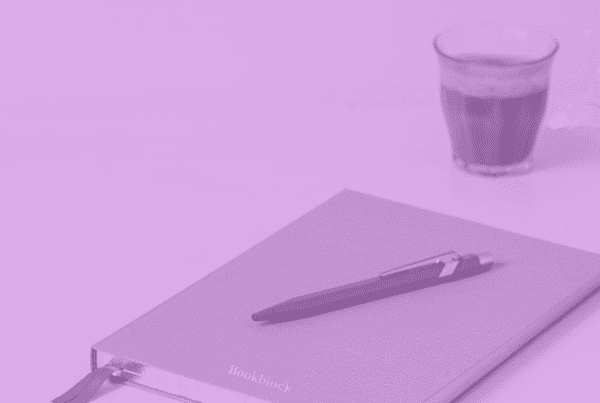