Event Trend Reports: Is It Time For Them To Go?

Event trend reports are starting to come along now that a new year is set to begin. And to some people in the events industry, that’s the equivalent of the most wonderful time of the year. Some are either writing them or anxiously waiting to read them. But just like any other topic, event trend reports can spark some controversy amongst event professionals. Love them, hate them, or disregard them, the reports exist and show no signs of slowing down or simply dying.

So on this week’s episode of Event Brew, we’re tackling this somewhat controversial topic. Is it time for event trend reports to go? Or are they actually a pretty helpful tool for our industry? As usual, we have the pleasure of counting on four different perspectives on the matter. Our lovely hosts Nick Borelli, Thuy Diep, Dustin Westling, and Will Curran all share their feelings and opinions. So, without further ado, pick up your favorite winter drink and let’s get brewing! 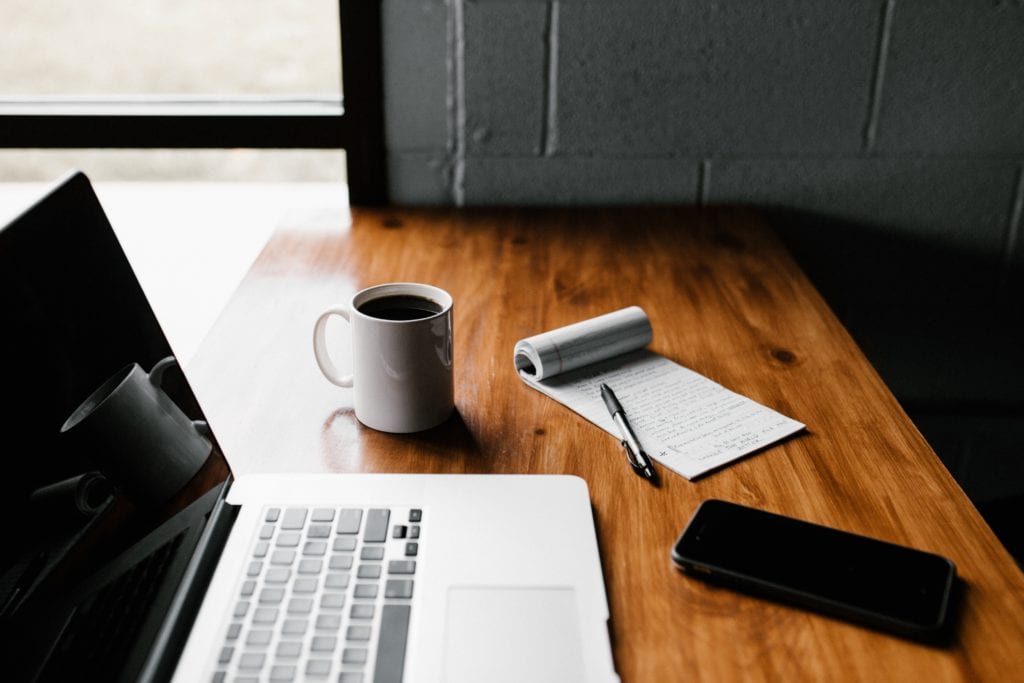 We begin by understanding each host’s standpoint when it comes to event trend reports. Will says that “our company produces one of the top-ranking trends guides every year. So from a marketing perspective, I’m very for them. I also really like thinking about them and talking about them. But it just feels like it’s something that’s good and also bad at the same time. There are certain things I think I have specific qualms with them. I don’t necessarily hate the guides as a whole, but I hate when I see specific ones done poorly”. Dustin has a similar perspective, stating that “certain ones that will catch my attention. I will look at a tech trend because it’s a thing that I know the least about and the thing I want to know more about. You could never get me to open a design trend report, ever. So I guess it really depends on the report”.

On The Other Hand…

“I feel like these trends, regardless of what niche it is, is so saturated”, says Thuy. “There are so many, and I am constantly asking myself, well, what are the resources? Is there any data behind that? Is that just your opinion? I feel like a lot of people when they read these trends, it’s just a part of their job that you should know what’s going on in the industry. But if you were really creative or really into what’s going to happen in the future, you should be looking outside our industry. You should be looking for articles and videos from all sectors of the market. Not just feel like it’s a standard to know what’s going on now, what’s going on within our events industry”, she concludes.

“The more specific you get to it, the less I listen”, says Nick. “Just because there are so many different budgets, client goals. And the client’s goal part is the part that throws me off. It throws me off on the trend. Because if the client is looking for a certain solution, they’re not looking for a trend”.

Are We Looking At The Right Places?

Dustin adds that “if you’re in the events industry and you’re looking at other event people for design trends, you’re probably way too late. If the event industry has it, it means that it has already existed somewhere else for a long time”. On the same note, Thuy believes that “we’re not researching and really having that vantage point. “We’re just now trying to copy. I feel like we’re a little behind on things because I think we are restricted in our role as planners, as supplier partners that are contributing to all of this. I feel like we’re in the day-to-day so much that we’re too, quote-unquote, busy to be innovative and to have those discussions with the decision-makers to then go there”.

Nick, however, has a different perspective. “I give us credit because it’s really easy to say we’re less than and maybe feel we’re the redheaded stepchild of the design world. But the reality is that we also hold the attendees’ lives in our hands, and have to worry about things like safety and about other emotional security. So we have a lot of complex stuff. And at best, as we further commoditize, I think to the positive end of this stuff and of the realities of the logistics, I think that we get to be better and pure designers”, he states. 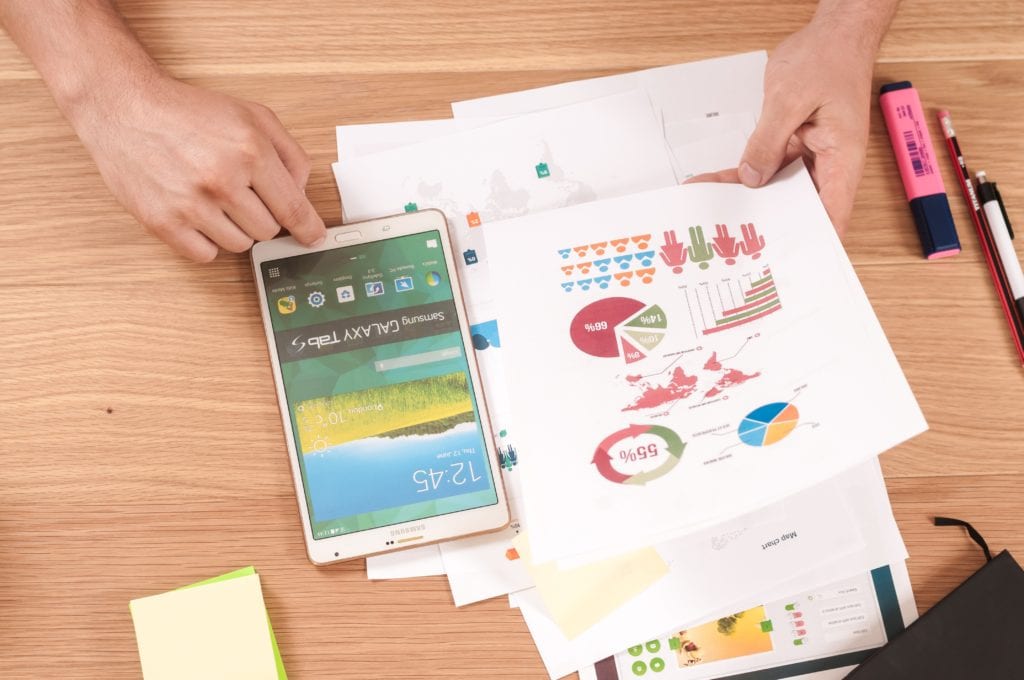 Why Are We Drawn To Event Trend Reports?

“I think one of the things that keeps striking me is that, in so many of the events that happen, we’re so restricted to what you can buy off the shelf”, says Dustin. “And I think that’s where we end up in this trend captivated audience because you can only do what you have access to. In every corner of our industry, you can only turn a screen so many times before it’s just a screen. You can only put a stage in so many ways before it’s just a stage”.

“And we really are in so many ways stuck to what we can get and what we can buy off of the shelf”, he continues. “So I think there is a challenge there where you’re restricted by budget and access. And that’s where these trend mongers get to exist. It’s because you’re really only telling people what they have access to. And it’s also why the trend reports are important because it tells you what you can get. Because in most cases, you’re restricted to only what you can get”.

There Are So Many!

It seems like there are hundreds of event trend reports popping up every year. But why all the noise? “It’s content marketing”, says Nick. “You know that if your mission is to improve events and improve your clients’ experiences and make your clients have more valuable resources in order to get their business because you’re seen as an expert, then you create these pieces. And then look, there’s a huge difference as far as volume of means that people have to be able to do that well. But ultimately, there is so much noise because there is no barrier to entry when it comes to the events industry, or to content marketing. So anyone can do it from anywhere, and then there are varying results”.

Nick also believes that all these event trend reports are “a symptom of a bigger problem of events people not paying too much attention to the details on this stuff. And not enough attention to actual people, and not having a person who attends their events and just takes in what the attendee experience feels like for them as a reporter”.

Does This Need Fixing?

Nick believes something needs to change, a shift from themes to a mission statement of sorts. “How is this going to make an impact? How is this experience or this part of a show going to make a positive impact on the world?”, suggests Dustin. “And then you could define those in some values. And in not platitude, not marketing”, adds Nick. “But in a true way that is part of the design experience to be able to integrate certain values. And a specific mission into what you do. It has to be higher than the theme. It has to go to the very top and it has to be culturally something that event organizers are looking at and buttoning up at the end of every decision”.

Will brings up one last interesting point. “Every year we always say, man, why did we never follow up on the trends from last year? Or why didn’t we ever admit that that one trend didn’t end up becoming a trend? Well, we said that this was going to be the thing and it ended up not being it”, he says. Thuy weighs in, saying that “I would love to see then who was right in that and why they were and how much research they did. Because then that shows credibility and then that’s the trends guide that I would want to read the following year then”.

“I would find it fascinating to know what in this year did we do with that trend?”, says Dustin. “And how did the trend evolve and who was successful using it? And some proof points to say here’s company XYZ that executed in this way on this trend, and this is how they made it for themselves. I think that would be really fascinating to see”. And Nick agrees: “That’s awesome. What it does is it’s actionable. And when you say this further illustrates it, and it makes it tangible, saying that this trend didn’t work isn’t actionable”.

And that’s a wrap on this week’s edition of Event Brew! So, where do you stand when it comes to event trend reports? Should they stay or should they? Make sure you let us know. And don’t forget to tune in next week for some quality brewing about the events industry!

2020 Event Trends – How Will the Industry Evolve?