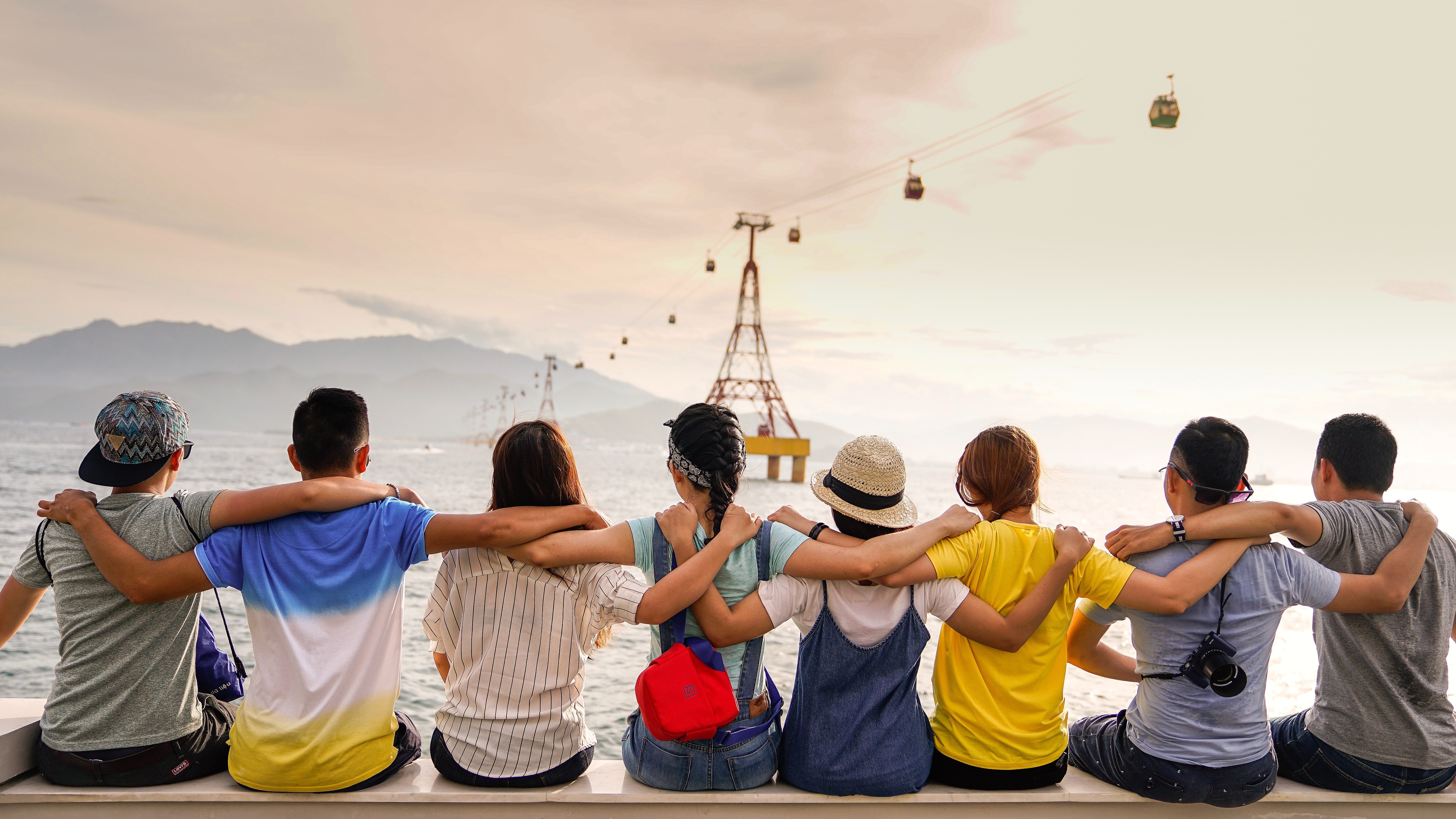 Attendee Strategies That Matter: How to Help Your Attendees Find Their Tribe

Who’s ready for some top-notch attendee strategies? Because that’s exactly what we’re serving on this week’s Whiteboard Wednesday! At the end of the day, what matters most is how much your attendees enjoyed your event. And not only because they are your target audience. But also, because they can become evangelists spreading the good word about your event. Which is why, as event professionals, we want to focus on the best strategies to increase attendee engagement and interaction.

So, today, we’re focusing on a particular strategy. This one is all about knowing how to help your attendees find their tribe. Because tribes are important – they make people feel at ease and enjoy what they’re doing quite a bit more. Join our amazing host Alex Plaxen while he walks you through how you can help out your attendees. Press play, it’s Whiteboard Wednesday o’clock! 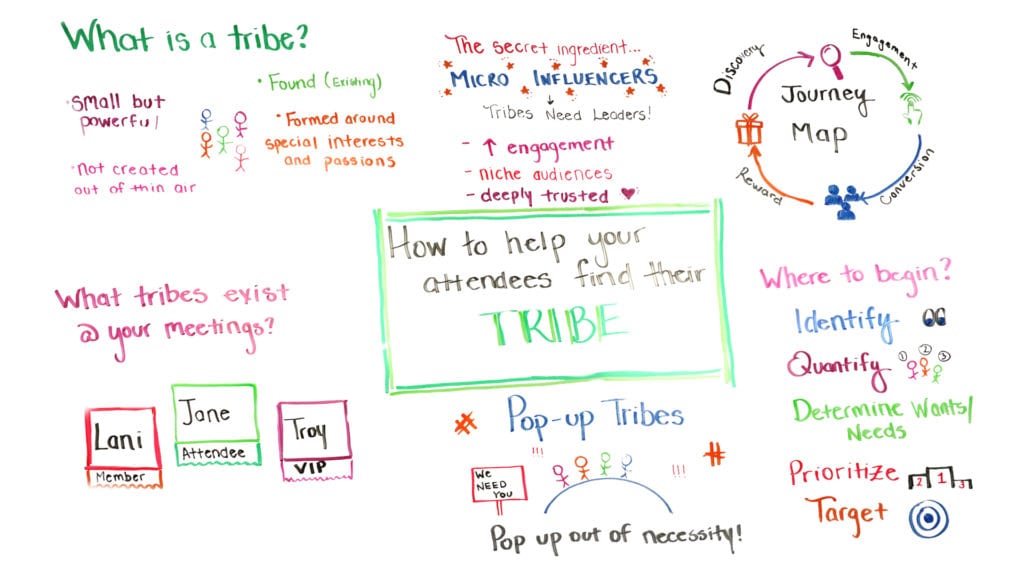 Attendee Strategies That Matter: How to Help Your Attendees Find Their Tribe – Video Transcription

Welcome back to another episode of Whiteboard Wednesday. My name is Alex Plaxen from Little Bird Told Media, and today we’re talking about tribalization, using social media at your events. And you may be thinking, well, what is a tribe? What does that mean? We’ve all heard that word. It’s a big buzz word right now. And there’s a reason that we use that word opposed to something like say a group. And I’ll explain that because here’s the definition of what is a tribe. It is small but powerful. So it’s important to realize that it can have a huge impact, even though it may be a small group of people. It’s also not created out of thin air. Usually, these groups are found because they already exist. People just don’t know who else is in their tribe with them, which is why it’s important that as event planners, we help them find their tribe, especially at our meetings.

Attendee Strategies: Why A Tribe?

This can happen before, during, and after through the use of social media. They’re existing. So they’re found. But you want to kind of help them find it. And then they’re formed around special interests and passions. That’s why we use the word tribe as opposed to group. If I just counted it off, one, two, three, one, two, three, one, two, three. And I said all the ones over here, twos over here, threes over here, it doesn’t mean that they necessarily have the same special interests and passions. They’re just a group. So there is a difference between a tribe and a group.

Does My Event Have A Tribe?

Now, some tribes you may not realize exist or that they are someone you need to focus on, and those are pop-up tribes. These are typically tribes that pop up out of necessity. A group of people at your event have discovered that they have a unique passion or similar interests, and they realize we need to be supportive of each other. We are a tribe. We want to be recognized as a tribe. And these groups will usually start using different hashtags. So if you’re monitoring your social media for your event, you may find pop-up tribes that you were not focused on.

Now with pop-up tribes, one of the things you want to do is you want to focus on them in the future. If they popped up once, they’re going to pop up again, and you want to support them. One example I use is the company HubSpot at their user conference called Inbound, for inbound marketing. They had tribes pop up like women hashtag women at Inbound or hashtag black at Inbound. These were tribes that they weren’t necessarily specifically calling out, but they formed themselves, and then they became a tribe at that event that got supported by the event. So keep that in mind that not all tribes are something that you’re going to recognize at first glance. They’re going to pop up as well.

Attendee Strategies: Where To Begin With Tribes

Now, where to begin in this process of helping to support tribes. First, you need to identify the tribes, which you’ve already done, and you make a list of what these tribes are. After doing that, you want to quantify how many people are in these tribes. Is it a big tribe? Is it a small tribe. Now, just because something’s a big tribe, doesn’t mean that you should focus more on that than others because you want to determine their wants and needs.

And lastly, you want to target for new members. Remember, this is helping them find their tribe at your meeting. Well, if you don’t tell them these tribes exist, they may not realize that they’re a part of the tribe. So you can target them, and you can send them emails. You can send them mailers. Old school. Don’t use social media to tell someone to use a hashtag, because if they’re not already following the hashtag and they don’t know it exists, it’s very hard for them to know about it. So use the traditional forms of communication. Email, actual mailers, put it on your website.

If you have a no before you go that you send out for your meeting, include that in there. Say we have certain hashtags that we’re using for different groups. There’s going to be meetups at our events, things like that. So you want to target these groups and let them know, hey, this tribe exists. If you think you’re part of that tribe, please come to the meetup. Come meet people in this tribe.

Attendee Strategies: Where To Go With Tribes

And that is part of the tribe journey. The attendee journey. So you want to take a journey map. For each of these tribes, you want to create a different journey map for the users. And it starts with discovery. We talked about sending emails, mailers, things like that. That’s that discovery phase. That’s where the customer’s figuring out, okay, this exists. Now that I know it exists, you want to engage them. So it could be to use the hashtag, follow the hashtag. Join a Facebook group. Join a LinkedIn group. That’s being engaged. Attending the meetup at the event. That’s that engagement phase of the journey.

Conversion All The Way

Next is conversion. If someone puts a ribbon on their badge that says they’re part of a tribe, they’re telling the world, I’m part of this tribe. They’ve been converted, that conversion process. If they attend a meetup, they’re part of a tribe. That’s part of the conversion process. So once they’ve engaged and they’re willing to say, yes, I am part of this tribe, now they’re converted. They’ve fully said, I’m here. I want to know who else is here as well.

So you want to reward them. And that’s the last phase. Now how do you reward them? There are different things you can do. You can give out swag, customized swag. T-shirts that say maybe the hashtag on it. Stickers for their badge. Creating different meetups is a type of reward. Create a LinkedIn group that they can continue to engage with each other afterward. That can be a reward as well. Or if they just use the hashtag online, that’s part of the conversion process as well. Reward them with a like or a retweet. That makes them feel good.

But you can use certain people to help with the process. And the secret ingredient for that is micro-influencers. These are people who may not have a million followers. They’re not going to be these mega influencers on social media. But they have high engagement, they have a niche audience, and they’re deeply trusted by the people who follow them. So find those people who are already attending your meeting, who you think would be great leaders of a tribe. So if you are introducing a new hashtag, if they just start to use it, then others will see that they’re using it and start to use it as well.

From Micro To Macro?

Or do a social media takeover with a macro influencer, someone who would be a leader of one of these tribes, and reach out to them. Say, look, we understand that you have a big audience, and we understand that as a VIP or seasoned person who has attended our event maybe five, 10 times, 10 years, we want you to be the representative, the influencer of this community because we want to get these people together. So those are micro-influencers. And if you’ve reached out to them, most of them will say yes because they have never been asked this before. That’s the power of micro-influencers opposed to these macro-influencers who are influencing a million people. The Kardashians of the world. The micro-influencers maybe someone who just has a big group of maybe 200 followers, but they’re really active, highly engaged because they’re an expert in their very specific niche. So tap into micro-influencers if you want people to find out about tribes.

So to recap, what is a tribe? It’s small but powerful. It’s found. It already exists. What tribes exist at your meeting? Look at your name badges. And then don’t forget pop-up tribes. You needed to be monitoring your social media for that. And then identify your tribes. Quantify them, how many people are in them. Determine their wants and needs. Prioritize them based on your resources. And target them to let them know that the tribes exist. And then do a journey map for each tribe. This is really easy. You don’t need more than one step in the journey.

So discovery could be an email or the know before you go. The engagement, using the hashtag, attending a meetup. The conversion, putting a ribbon on their badge or joining a Facebook group. And then the reward. A like or maybe some custom swag or maybe a coupon code for next year’s registration. And don’t forget to tap into your micro-influencers to help people find out about what tribes exist. So that is how to help your attendees find their tribes at their meetings.

This has been Whiteboard Wednesday with Alex Plaxen, and I want to know from you what tribes exist at your meeting? Who can you tap into like a micro-influencer of your tribe? Let us know in the comments. Don’t forget to give us a thumbs up and subscribe for more Whiteboard Wednesdays in the future. Thanks so much.

Capture Attendees Attention With These Tips How to Measure Event Marketing Success 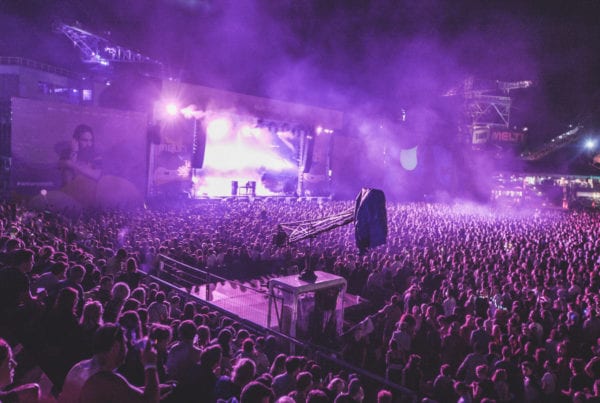 Planning a Safe Event: Back to Basics 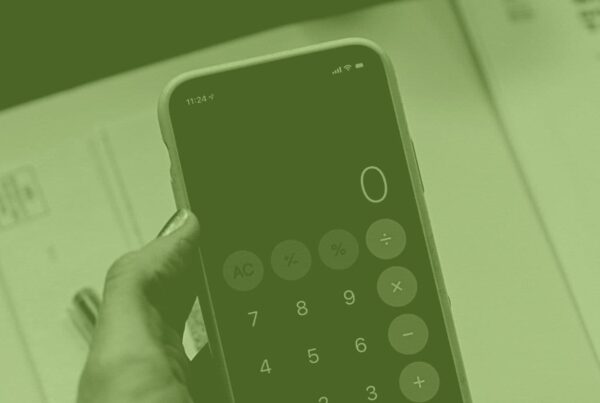 Founder of Little Bird Told Media, Alex is an award winning international speaker and digital communication strategist for events and conferences. When he's not scrolling through Instagram, you can find Alex at a Washington Capitals game rocking the red, at the movies, or playing board games with his twin brother.