Your Event App Doesn’t Have AI, It Has Predictive Analytics!

By Brandt KruegerJuly 19, 2021No Comments

Brandt and Will are on a futuristic roll! In the last Event Tech Podcast episode, they talked about face recognition technology in events. And since nothing gets tech nerds riled up more than AI, they’ll be talking about AI in event apps today.

When talking about AI, we must be careful: all that glitters is not gold! Many event apps and tools claim they feature AI to lure techy people in, but in reality, they (only) feature predictive analytics or machine learning. So, which one is which and why does it matter? After this Event Tech Podcast episode, you’ll know better than to jump on every AI-related hype train!

“In the sales world, there are always tools coming out that claim they have artificial intelligence to help you better manage your sales organizations,” says Will. “But AI is just a hype machine. Rather than AI, they have predictive analytics.”

“When we talk about machine learning and AI in event apps and other tools, they just use these as marketing terms these days,” agrees Brandt.

Will explains how he understands predictive analytics with a concrete example. “I decided I was going to go to Brandt’s talk, John’s talk, and Sarah’s talk. Meanwhile, Joseph is building on a schedule and he chooses the first two sessions that I mentioned. Then, the session tool will inform him that he will probably like Sarah’s talk because I chose the exact same talks as him and also chose this third one. It’s a suggestion.”

“It’s like Netflix recommendations,” adds Brandt. “You’ve watched these five other shows, we think you’ll like this show too. Basically, you’ve got an algorithm looking at a large enough amount of data. Based on what it saw before, here’s what’s probably going to happen.” 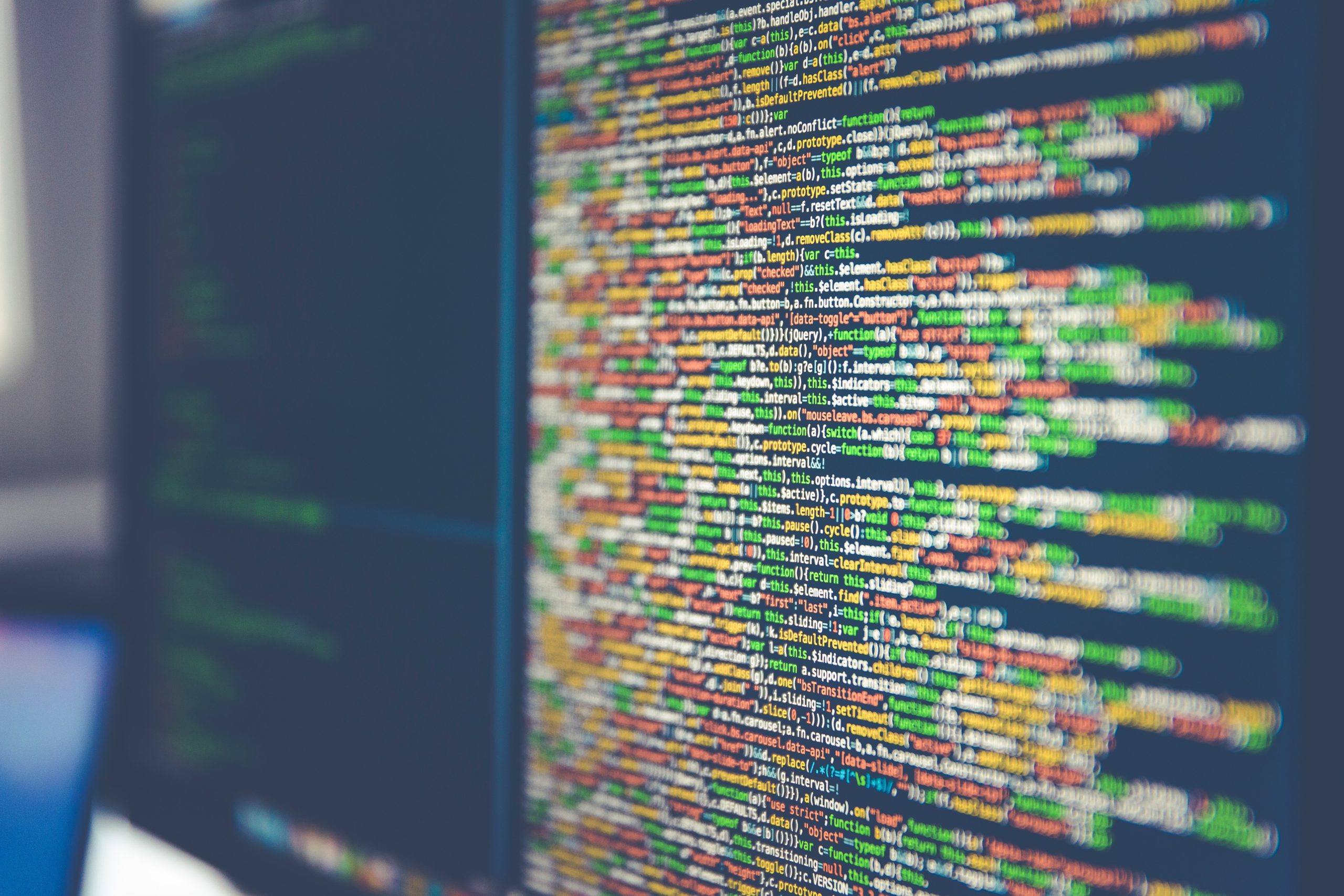 Machine Learning: A Branch Of AI

“If someone says AI or machine learning, don’t take it for face value because it’s sometimes used as marketing,” warns Will. “And that’s the thing I hate the most about this. For me, marketing doesn’t have to be slimy or over-hyped. It can be as simple as communicating. I bet you the best technology companies out there are the ones who say that they don’t have AI, but machine learning. They correct you on purpose to tell you that. But then, there are other companies that build upon the hype train. They know they can close that Fortune 500 deal because the CEO is excited about AI, so they say they have it.”

Brandt thinks it’s much easier to say what machine learning isn’t rather than what it is. “It’s more often that I’m seeing people using these terms incorrectly. So it’s hard to come up with an example of where it’s being used correctly. To be honest, I struggle with the differences between these things as well. It’s hard to find good definitions.”

It’s hard, but not impossible. Here’s one: “Machine learning is a branch of artificial intelligence and computer science, which focuses on the use of data and algorithms to imitate the way that humans learn, gradually improving over time,” reads Brandt. “A lot of definitions describe machine learning as a subset of AI. The ‘intelligence’ part of it is this: you’ve got a machine that’s trying to solve a problem. And every time it tries to solve it, it gets a little bit better at it. So, it’s learning how to solve the problem better. In that way, it’s considered AI,” he adds.

“In some of my classwork, I dug a little deeper into trying to figure out what exactly is an algorithm. This is an oversimplification, but it works: think of an algorithm as a recipe,” explains Brandt.

“If we change anything in that algorithm, it’s going to affect the end result. So when we talk about search results on Google, we know that there’s a proprietary algorithm that is searching the internet and ranking what happens when you search for this or that. If Google changes that algorithm even slightly, it’s going to change the results that come back. But that’s not machine learning. It’s a recipe, an algorithm.” 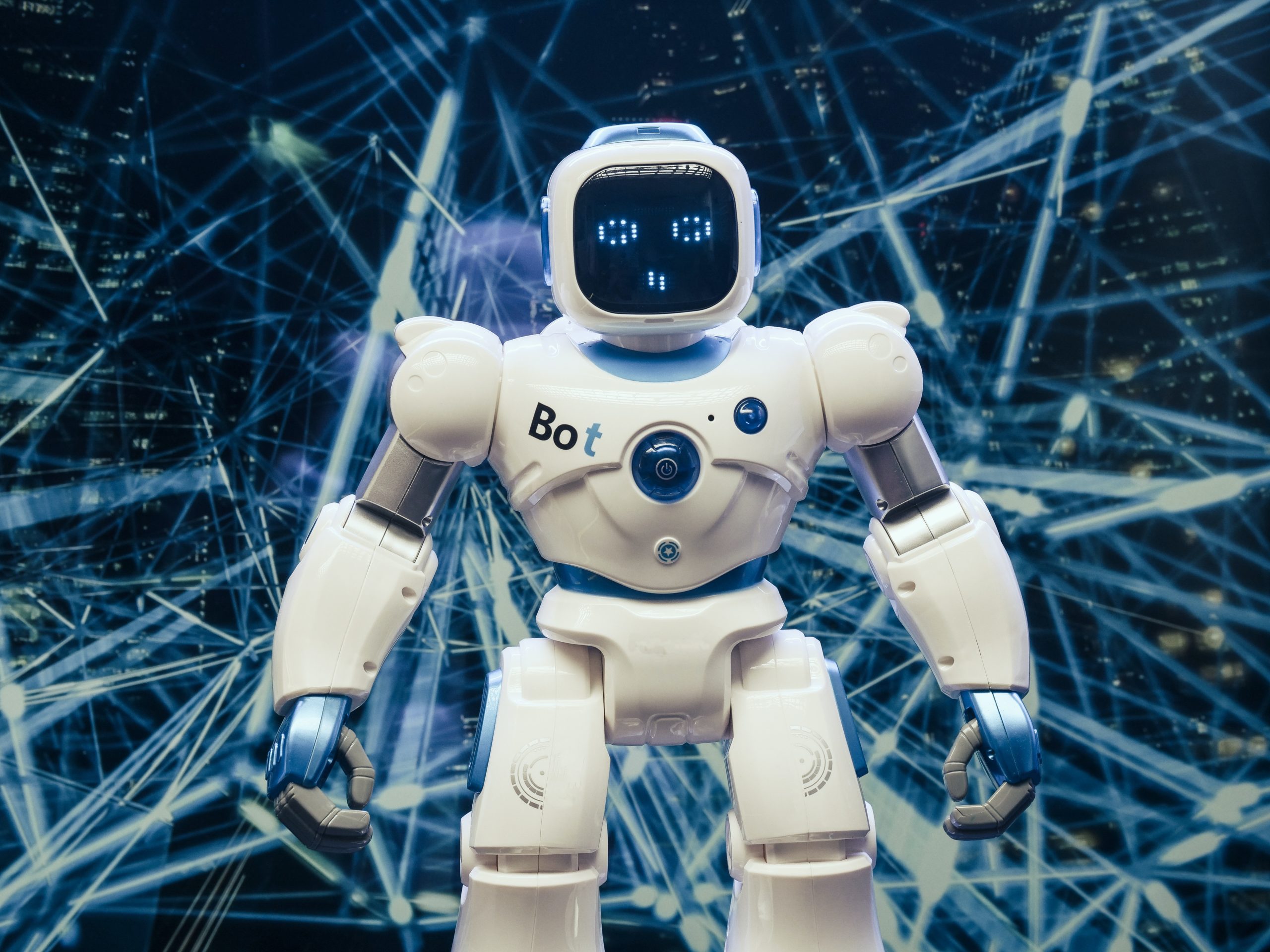 Now that we know the basics, it’s time to talk about AI and its usage in events! “AI is not only learning and building a model. It builds a model in itself and changes the way it thinks, starting from scratch sometimes. They’re training many advanced AI models to play games, but they’re not telling it the rules, though. The computer has to figure rules out for itself.”

Chatbots: An Algorithm Or AI?

“If you think about chatbots, the first stage is very much just an algorithm,” explains Brandt. “If I ask question X, I get answer Y. It’s still just running a program: if this, then this. If you say something about bathrooms, it’s going to say that they are on the first floor by the lobby. And if you say ‘I don’t like bathrooms’, the chatbot might nonetheless say ‘the bathrooms are on the first floor by the lobby’. Because it’s just looking for keywords, it’s dumb. And we’ve gotten really good at creating algorithms and programs that sound and feel natural.”

Step two is getting into machine learning. “It can start to actually get better at answering the questions as it goes.” And finally, if we start talking about true AI, it would start to figure out questions on its own. “It starts to do its own predictive analysis and mimic natural thought. ‘Thinking on its feet’ would be a great analogy for true AI,” says Brandt.

Brandt emphasizes that people are sometimes afraid of AI. No wonder – have you seen Ex Machina? “Strong AI that’s making its own thoughts is a black box. It’s not being fed in algorithm, it’s making up its own. Just like you don’t know what my thought processes are. If you ask me a question, I could be making all kinds of connections in my head, based on my knowledge base and things that I have read last week. Likewise, when we’re talking true AI, the researchers themselves don’t always know why and where these answers are coming from,” says Brandt.

“When we think about AI networking and matchmaking, it’s going to be both fun and scary,” he adds. “We won’t know; was it my LinkedIn profile? Was it my website? What connections is AI making to say that I should meet with Will? And then the proof is just going to wind up being in the pudding.”

Will comes to AI’s defense. “At the beginning, all advances in technology are scary because we don’t understand exactly how they work. But can you imagine anyone being afraid about Netflix suggesting you great content? Everyone’s okay with it now. Fear comes at first, but eventually, it’s going to be so successful as it starts to happen. And I really think that’s the future, for sure.”

“The dystopian view is that we will give all of our autonomy and decision-making to the AI. But the more realistic thing that the futurists are looking at is a combo platter: a mix of AI and human intelligence. You need that human side of it too. But at the same time, AI is going to think of things that we’ve never thought of and it’s going to discover things about our events that we never would have thought of in a million years. Then, it’s still going to be up to us though to give something a shot,” elaborates Brandt. 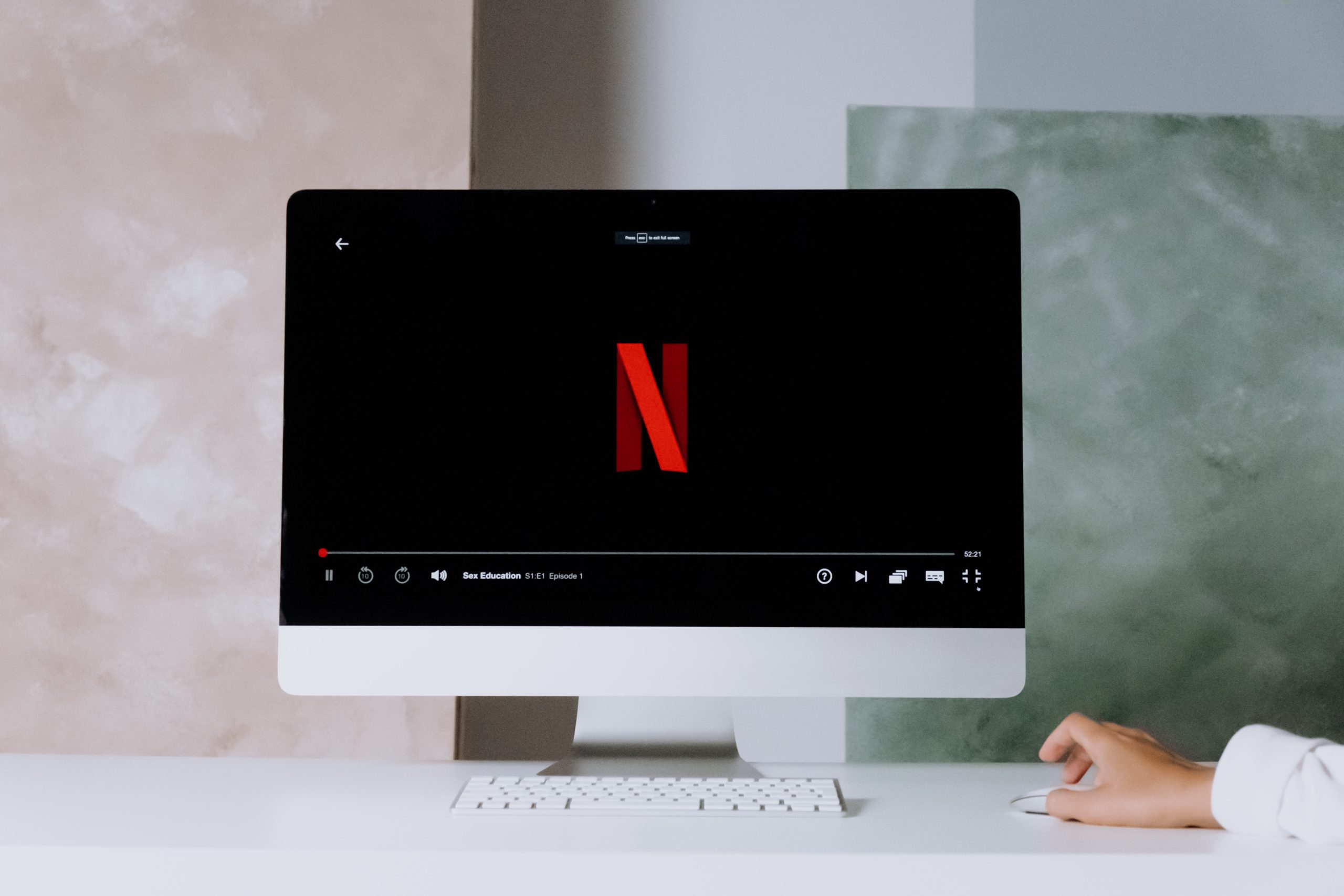 Time For Some Brainstorming!

“I have a crazy event technology idea,” says Will. “Imagine an event app with AI, set in a world where you have this giant list of all the sessions that you need to have in your conference. You have the name of the session, the description, and who’s going to be speaking at it. Then, AI finds where they all need to be in the schedule and rearranges it perfectly because it knows the topics. It knows how to spread them out and even knows how to put them in the right tracks. So attendees show up and the schedule is fluid, automatically managing itself.”

“But here’s a reason to keep the human in the loop,” interjects Brandt. “I’m a huge fan of AI getting me most of the way there. And then, let me tweak it because AI could probably do a great job of adjusting the schedule and guessing based on descriptions. But then, the human is still going to be the one that goes ‘John’s kind of a jerk, so we need to make sure that he’s not the one right before the break’. Knowing they need to keep the sponsors happy, they might not do what the algorithm suggests. Human connections are still going to play a factor that the machine just can’t know.”

It Might Not Be Here Yet, But AI Is The Future!

The bottom line is this: your event app doesn’t have AI, it has predictive analytics. “As much as we talk about how people are labeling things, AI might actually be just predictive analytics or machine learning. It’s almost like saying that we have the ability to get to space, when really we just have the ability to get to the stratosphere. We need to start talking like it really is. Don’t fall for the hype,” says Will.

Brandt agrees. “You’re being fed a lot of AI and machine learning when in fact it’s all just an algorithm. It’s just an A to B to C: there’s no learning or AI going on. There’s no analysis going on. And you’re right. We’re not there yet, but we’re getting there. As things like quantum computing come into play, the capabilities are going to be there. They’re already doing some pretty weird and cool stuff with AI,” he concludes. 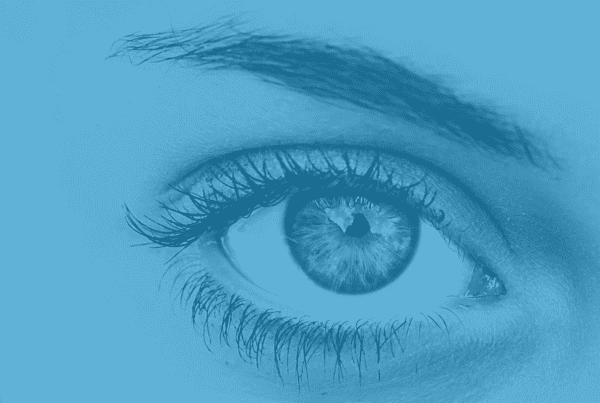 Facial Recognition: From Disney Parks To The Events Industry! 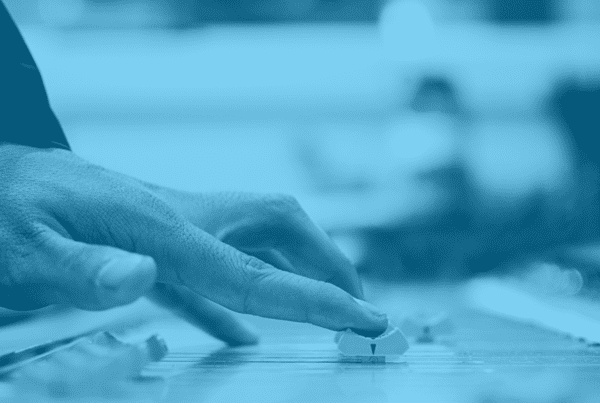 Everything You Need To Know About Hybrid Event Staff!

More posts by Brandt Krueger
Converting your in-person event to a virtual event? Watch our webinar