Live Events Coalition: Is It Helping The Industry?

The Live Events Coalition has been making waves around the industry. After a pandemic almost put a complete stop to the industry, a group of people knew something had to be done. And so, they rallied together in the name of the events industry and all of the people who found themselves jobless and hopeless without a single warning.

But what exactly is the Live Events Coalition? And what is it doing for event professionals all across the country? What can we learn, and most importantly, what can we do, in order to be more proactive? Join the Brew Crew for another amazing episode of the most uncensored, candid podcast in the events industry and find out.

What Is The Live Events Coalition?

Will begins by explaining the inception of the Live Events Coalition. “So from my kind understanding, it was started actually by the owner of a production company. And obviously, production companies with huge amounts of rental equipment were affected really fast. They absolutely don’t have anywhere to go. So naturally, I think that’s how I got wrapped into it really quickly because I was a production company”, he says.

“I wasn’t paying a ton of attention to it. But what I noticed is that it went from being a 200 person group to now it’s at 21,000 people on Facebook. And if you just search Live Events Coalition on Facebook, they have chapters in different cities. So this was the first group to get together, to put together a video where it had stories of production companies saying they don’t have any events, all the way back in March”, adds Will.

“I think the founder of it got on the news and a couple of new stories got picked up at least locally. And maybe even regionally or nationally. It definitely had this kind of momentum going in the beginning. But it seems to have trailed off in some ways”.

Originally, the coalition formed around a petition on Change.org that asked for a federal aid package for the live events industry. And in total, it got almost half a million signatures!

“I think that it’s a good thing that this is here”, says Dustin. ” And it’s a good thing that they’ve created a place for the event industry to come together and have a voice. Because a lot of our associations, and other organizations that were to represent us, were not set up to represent us in this type of crisis. We’re not set up to lobby. We’re not set up to really go after the government and press for the resources we need. And that’s what these guys have done. And they’ve put together a program that allows the voices to be collected and heard outside of a typical association world. That is always a good thing”.

“We found ourselves in this crisis with no strong voice at the table because this isn’t something we’ve ever had to deal with before”, he adds. “And moving forward, we’re probably going to have a bigger voice. We probably are going to find a way to collect ourselves. And we’re going to find a way to have a bigger voice, one that we’ve just neglected. Every single one of us has neglected it. So, we’re nowhere near the end of this crisis and there’s a lot to be learned. But I do think that this sort of collective of all of these people coming together and supporting a common cause is a great thing for us. Not just through this pandemic, but to fight for our industry moving forward”. 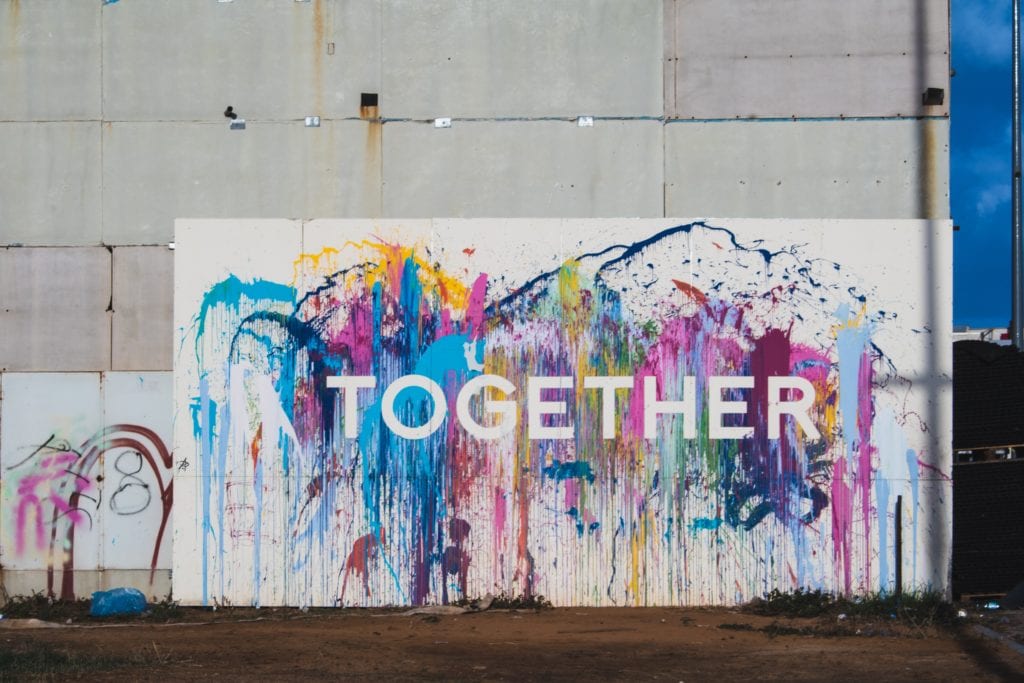 Will believes that the leaders of the group are doing a great job. “A lot of them are doing the right things”, he says. “They’re the ones organizing these events”. However, when it comes to individual people, things are slightly different.

“This campaign of this saying ‘you miss parties, well, we miss our paychecks’. I feel like this like pity me, pity me, pity me is not the way that we’re going to ultimately push through this”, he explains. “We gotta work together. How can we help each other? How can we push the government? But oh my god, no pity. Please”.

It’s Not On Us

“I agree that there’s a certain amount of personal accountability that needs to be in place here”, says Dustin. “But I think there’s also a very important point that we didn’t do anything wrong here. We’re not all sitting here with empty calendars because we didn’t run a professional business or we didn’t operate ourselves with strong ethics. We were shut down by governments”.

“They annihilated our industry overnight. And I think that it is fair to look to them and say, you closed us. We didn’t do anything wrong. You told us we couldn’t work. So I do think that there is some responsibility for the governments to take care of those businesses that have been told they cannot work. And still in so many states, so many countries, you’re still in a position where the restrictions are making it impossible for you to make a living. So yes, we should be looking at the person or persons responsible for this. Saying, we need your help. And that’s what I hope the Live Events Coalition is about”, he concludes.

Is It Over Yet?

“I think that people need to be prepared for this to continue”, warns Dustin. “Because we’re nowhere near the end. It doesn’t matter what they say about vaccines. And I’ve been reading a lot about how the virus will continue to change. And we’re in this for the long haul. This is not something that it’s like, oh, let’s get through 2020. No, it’s 2020 through 23. This is going to be rough. And I think there was a lot of false hope and a lot of optimism”.

“I’m one of the optimistic ones, I’m trying to figure out like how I can be this destructor”, says Thuy.  “And if anything, awareness is a big thing. And one of the things that I did in my speech, which I’ll read is: as one of the first industries to be shut down due to the COVID-19 pandemic and likely one of the last to return, we need your help. The live events industry, which contributes nearly $1 trillion to the US economy needs support now more than ever. For us to send out this SOS, for us, strong-minded, hardheaded problem-solvers to advocate for federal support as our number one solution during this time of uncertainty means this is serious”.

“We urge you to listen to our struggles and take on the next necessary actions alongside us. Because it’s not going to get solved overnight. And I agree with that. It’s going to be a while. But as we’re doing that, as we’re learning and educating and, and adapting evolving, it’s gonna be the new normal”, she concludes.

“I think that everybody going home and feeling sorry for themselves or feeling sorry for the event prof in their life is not going to change anything”, Dustin concludes. “And what needs to happen, what I believe will happen through the Live Events Coalition, and the and the activations that they’re doing is they need to educate people. They need to teach that you have to use your voice. And it’s not liking the Facebook page. You have to write letters. You have to call your representative. And you have to keep doing that because that’s how you get noticed”.

That’s all for this week’s episode of Event Brew – but don’t forget to tune in for more exciting content week after week!