Late last week news broke that there will probably be no events until 2021. The mayor of Los Angeles confirmed it, and New York and Los Angeles were quick to follow suit. And of course, this is big news for the events industry. Even though some saw it coming, it’s still devastating on top of all the disruption that has already been caused in the industry. However, it’s important that we analyze all sides of the situation in order to draw any conclusions and strategies.

So, what will no events until 2021 mean for the industry? And what can we do to placate the impact it might have? Will virtual events be the solution? Can event profs harness this new wave to stay afloat? These are some of the questions that the Brew Crew has. And our hosts Will Curran, Thuy Diep, Dustin Westling, and Nick Borelli have a lot of opinions and insights to share. So grab your favorite drink, press play, and join us – it’s time to brew something up! 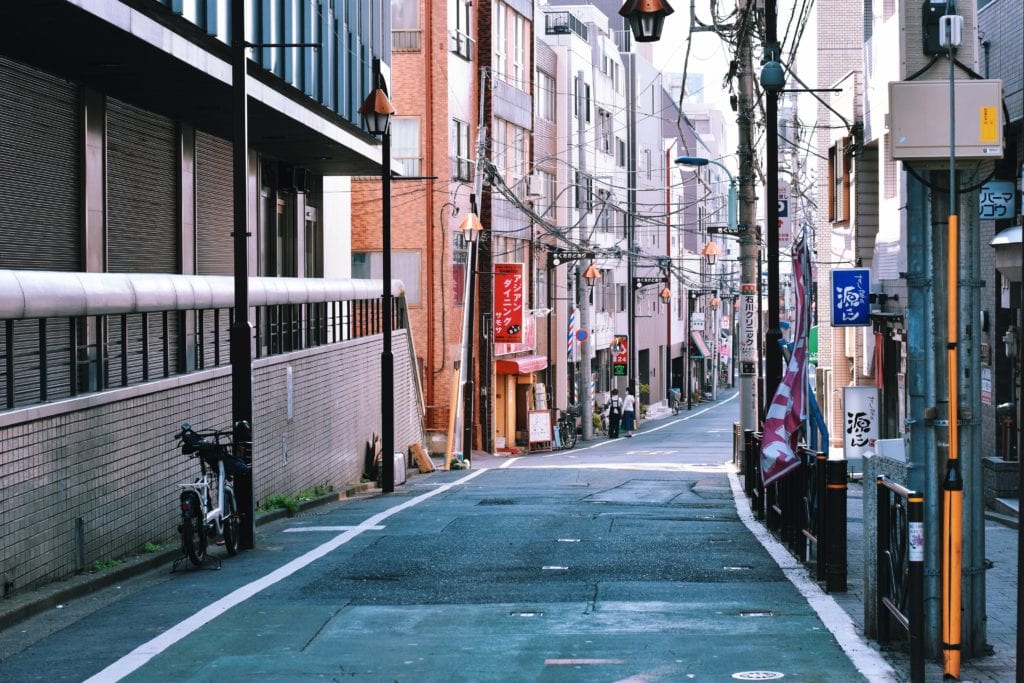 No Events Until 2021: Reactions & Thoughts

Will starts off the podcast by inquiring how the crew reacted to news coming from Los Angeles, New York, and New Orleans. “I am actually so happy to be living in Los Angeles, California right now”, says Thuy. “Because I think our governor and our mayor, they’re doing an incredible job being so strict on our stay at home policies”.

“And so looking ahead in the future, it actually has going back to mindset and blessing in disguise. If I was working for a DMC in California that would be a really big struggle, but because I have more opportunities. Now I could maybe plan globally or I’m not stuck to the city of LA”.

“So that’s totally going to shift all the vendors and supply partners and planners here that only plan in Los Angeles”, she adds. “But the bigger picture is the safety of everyone. I think at the end of the day, we always say we’re not brain surgeons. We’re not saving lives. But this is a moment where we could be saving lives and so you just have to take it and creatively figure out what’s best. Right now, people are buying, paying $100 for llamas to come onto their webinars. I’m all about that. Get creative in that kind of sense and shift focus”.

“I think that we’re all very fractured and we all have different, very different opinions. And yet all of this started because we’re in a global economy”, says Nick. “So I don’t know. I hate to say this, but whatever LA does that’s great. But there are going to be other states like potentially ours that are going to be traveling to LA and doing stuff”.

“It’s very difficult because I’m used to there being an enemy, someone who is wrong. And it doesn’t seem like there really is an enemy in this one. It’s a virus. So yes, we need to make the economy work. And yes, we also need to help save lives. And the middle ground is…I don’t know what the middle ground is. Because everything is so interconnected. So I don’t know. I’m kind of doing day by day for this. But the LA aspect of it, a whole city doing that is I look at that as like, it’s going to be a precedent set in the next like two weeks”.

“I think virtual events are going to shape a lot of how I react to the news“, says Will. “But part of me also thinks that this is probably good that we set out these long, long term goals. To say “Look, we’re going to ban until 2021”. But let’s say we get to October, everything’s totally fine and everything’s great. And we’re all hugging each other and kissing each other. And then the Governor says, “Oh, by the way, we’re going to reopen events starting tomorrow or next month,” and we open it early. But I think the issue right now is that we’re setting short term goals when really we need to be setting longterm goals”.

Nick talks about how there is a lot of false hope going around in the industry. And with the news of no events until 2021, the data becomes even more baffling. Talking about a poll that asked planners when things would go back to normal, Will says that “I was really surprised by how I guess optimistic people were. I don’t even know if optimistic is the right word, but September was the big month I think followed by October”.

Event people, though, are the wrong people to ask. “Huge bias”, says Nick. “They want it to happen and they have a vested interest in it happening earlier. And they are completely out of the control. So this is just like taking a temperature of optimism. For it to be valuable, you have to divorce your needs from the reality of what you expect. So I don’t know how likely people are able to be that objective. But certainly, this is the worst group to find objectivity”. 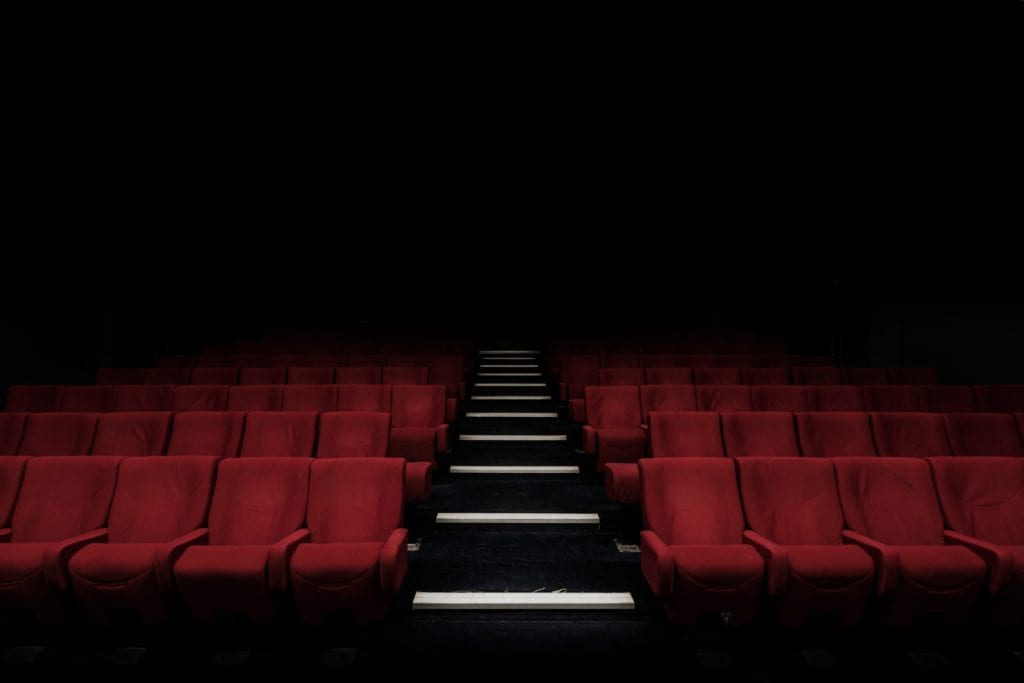 We can’t know if other states will follow New York, New Orleans, and Los Angeles in their decision of having no events until 2021. Right now, though, it’s about safety. “I bought into the Bill Gates concept of risk-reward”, says Nick. “Concerts, that’s a very low reward. For the economy and for our country, being able to go to see live music is probably closer to luxury than it is a necessity. So again, that versus a manufacturing anything. A manufacturing building or something that is about exports and imports where the economy is sort of driven on that”.

“There’s a widget that’s made here. And then that’s part of something that goes there and something goes there and there are all these different global impacts of something that’s not being made versus having to wait a year to see U2 or having to watch it at your home or virtual. I like the risk-reward thing more so than I like some of the stuff where seemingly like the first to sue LA for this is churches because of religious reasons. They want to be able to gather. Definitely not my cup of tea”.

No Events Until 2021? Maybe Not For Everyone.

Will wonders what will happen with the states that don’t push the “no events until 2021” decision. “Are we going to see an influx of people from LA driving out to go see events in Phoenix? Are Phoenix and Vegas going to become huge hubs? There are some rumors I think. I haven’t seen an article, but my friend who’s really into baseball has been talking about how MLB has been talking about doing all the baseball games in Arizona. Because we have all these facilities from spring training. So the question just becomes do these cities become new hubs for where the people can’t get their entertainment nearby?”.

“Nature abhors a vacuum. So if LA bans events and that surrounding area doesn’t, those surrounding areas are going to get an economic boom that’s going to be pretty significant”, says Nick. “And with that will come learned things. People will discover venues they haven’t thought of before. They’ll consider going to those other cities more and there’s going to be a migratory economic impact that will have a legacy beyond just the one-offs. There will be a bit of economic distress that will continue if it isn’t universal”

Opportunity, But At What Cost?

“I think there are a lot of opportunities there. But I still think the gathering bit is, if there’s a desert of gatherings, then I think that there’s going to be a migration”, says Nick. “Let’s say I’m in LA and I want to get married in 2020. I’m going to do what I can maybe get married somewhere else. If I just can’t get married in this city, I think there are some people that are going to go to the neighboring city and have a destination wedding. Imagine if there’s an increased amount of destination weddings happening in the throes of the pandemic because there are all these gathering deserts”.

“It’s bold because then it also shows for a significant amount of people. They’ll be viewing that as a non-prioritization of safety. I understand completely why it makes total sense that LA would be the first one to make a decision the way they would. And I would imagine that there’s going to be some sort of red state that opens up the quickest”.

“And then you’re going to start to see, especially in an election year, the partisan rhetoric around openness and not openness just because there’s a lot of parallel lines between empathy and political divide. Also how you’re approaching this pandemic. There are people that are like, “Look, I’m going to make less money and it’s going to be hard and we’re going to figure out a way to get through it. But we’re going to do it together because we have to save lives”. And then there’s another side that says, “People die every year. They’re always going to die. You, you’re going to die eventually. So roll the dice, let’s get through it.”

Thinking Outside The Box

“Los Angeles, start. You’re the city with the most amount of cameras in the world. Start pointing those things at things that people would normally gather at and start getting production crews. Every single one of them out and thinking about things that are traditionally live events. Let’s get out there and let’s make a wedding chapel that has safe two, three-person, four or five people, whatever it takes minimum to have a wedding. And let’s broadcast that to the family’s homes”, says Nick.

“Let’s start using that production skill that you have as a city and be the leader in virtual events. Because man, why wouldn’t you be? You’re the leader in all other media. Do that and combine Hollywood and experienced designers. Nature abhors a vacuum. People want to see this kind of stuff. They want to engage. Those two industries merging together? We could have a whole Renaissance here. Let’s look at the positive”, he concludes.

And that will do it for this week’s edition of Event Brew! New York, Los Angeles, and New Orleans will follow through with no events until 2021. But that doesn’t mean everything is lost – there is a lot that planners can still do to keep the industry afloat. Make sure you tune in next week for another amazing episode!