How Effective Is Your Event Marketing?

🏈🎵 The biggest day for football … and music?

This is another massive event where we just have to sit and marvel at the amazing production that goes into this event every year. Not only is there an important game to live-stream, but there is also a whole entire concert to produce.

This year was reminiscent of Beyoncé and Bruno Mars’ 2016 half-time show where people were wondering why there was a football game right in the middle of a Beyoncé concert. 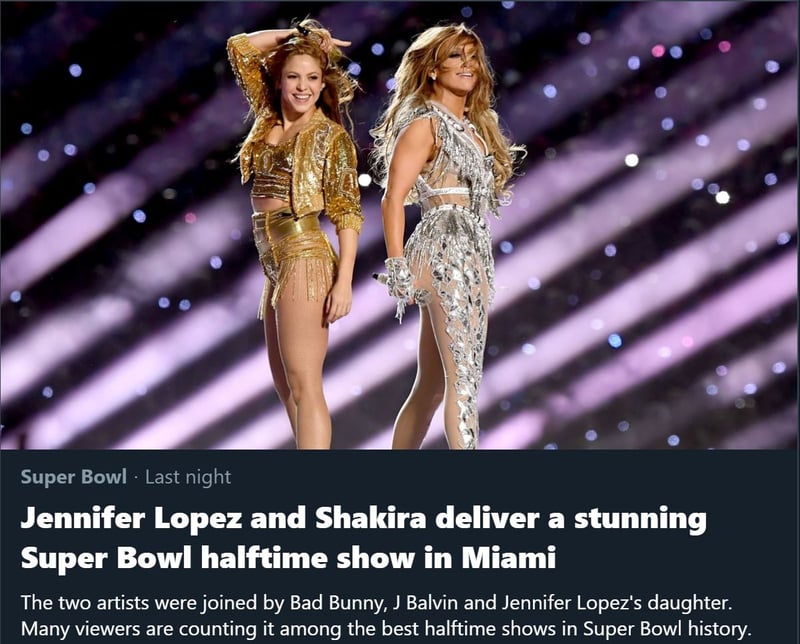 Shakira and JLo absolutely owned the stage and added some extra entertainment for those who aren’t fully invested in football. The pop stars not only put on a show, but they also paid homage to their Latin culture and shared the stage in a beautifully empowering way.

In terms of putting on an event, that is the kind of feedback from the audience that anyone would love to hear. Not only was it an exciting game, but everyone was engaged the whole way through due to this stunning performance.

🎟️ How effective is your event marketing? (24-minute read)

As an event prof, you probably have a good feel for if an event was successful or not. But, with the ability today to measure metrics and pinpoint specific results, it’s essential to be able to show how event marketing efforts were successful. Kristen Cooper wrote an article explaining exactly what metrics to look at and how to learn from these insights!

🎤 How many is too many when it comes to microphones? (10-minute video)

Okay so you are getting ready to talk to your AV company and they want to know the list of equipment you will need for your event. Everything sounds pretty straight forward so you tell them you only need one handheld mic since you only have one MC. I’m sorry to tell you, but that is wrong. Will Curran filmed a great episode of Whiteboard Wednesday on how many microphones you’ll really need for your event.

February 12th – Will is going to be speaking in Phoenix about the Top Event Trends of 2020 (tickets are almost sold out!)

Who would’ve thought that this would be one of the most talked about moments from this year’s super bowl? Based purely from this, I just know 2020 is going to be an interesting year 😆

💡 Got one last thing for ya!

We’ve got some familiar faces on OnePlan’s list of 25 Biggest Influencers in the Events Industry!

Shout out to Nick Borelli, Will Curran, and Brandt Krueger for making the list!

Connect With Your Inner Storyteller When Planning Virtual Events!